The charming characters of this novel are all, like the author, Chaldean migrants (or at least would-be migrants) from Iraq, i.e. members of the Christian minority in the Middle East. According to the blurb, Namou is “the first […] Chaldean American novelist to portray the descendants of ancient Mesopotamia …,” so the book promises a new take on intercultural experiences.

That promise is kept very nicely in the first part (2/5) of the book, while the characters live their ordinary lives in suburban Michigan, and their very oriental values are shown in sharp contrast to the American way of life. For instance, the thorough preparation and consumption of food seems to pervade people’s thoughts so comprehensively that practically every metaphor used comes from cooking, and every relationship is defined in terms of who cooks what for whom. In a way, this is a celebration of “slow food” and as such preferable to the American culture of junk food, but one can’t help feeling that it also stops people from achieving anything else in their lives, as food and family networking seem to take up 100% of their time. Similarly, the quest for an arranged marriage, which drives the plot of the story, contrasts with the sexual freedom that the potential groom has enjoyed in the US so far.

Not knowing (or caring) much about religions, I got the impression that the value system on display here seems to resemble those of Islamic communities from the Middle East more closely than those of European Christians. I only mention this because it suggests, interestingly, that geography and history may have had a stronger influence in shaping it than the actual religion.

Intriguingly, the characters (and their real life models?) don’t seem to appreciate the value of their heritage languages (Arabic and Aramaic) for their cultural identity, as it is mentioned that they randomly speak English, Arabic, or Aramaic to each other throughout the day, and often it appears to be English with Arabic words thrown in, as it is in the novel. As a former agony aunt in all things bilingualism I believe that if one wants to maintain one’s cultural heritage, the first and most obvious thing to do is to speak the heritage language consistently (and unmixed) whenever it is possible without offending outsiders.

To me, the novel lost interest a little bit after the action moved to Amman, the capital of Jordan, where the groom is to meet his prospective bride from Baghdad, and a wedding is to take place, or maybe not. With the geographical side of the culture clash removed from the equation, only the clash between the mildly Americanised Chaldeans and those fresh from Iraq remains. We are left with a claustrophobic circle of people panicking over wedding arrangements, while the underlying emotional conflicts remain veiled (or maybe one needs the "feminine art" to figure out what’s really going on, but I’m afraid as a man I need to have it explained in plain English). Although the beginning of the novel played the contrast of Michigan vs. Baghdad really well, I got absolutely no sense of place from the parts set in Amman.

Also galling the experience is a complete lack of editing – there are homophones and other spelling errors throughout the book (e.g. people waive for taxis and message their legs!), which has clearly never passed the hands of a competent copy-editor. These moans aside, it has been a very interesting insight into a culture that doesn’t get all that much media attention. 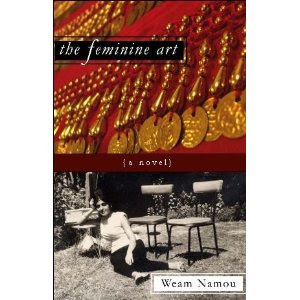