I’m so excited – just found out I’m in the shortlist for a literary prize. Well, errr, a book title that I suggested for the Diagram Prize (oddest book title of the year) is on the shortlist: Managing a Dental Practice the Genghis Khan Way. And last time I checked the online votes, it was leading by a large margin. [Update 28.3.: turns out Genghis Khan and I actually won the award! Woo hooooo!]

Still haven’t checked with my dentist whether she’s following this approach. We should be told.

The six titles on the shortlist are:

I love the last one, actually, as it shows how you can achieve absurdity with very simple means, without using a single unusual word.

A collection of 50 book covers from the shortlists of the first 30 years of the prize was published in 2008: How to Avoid Huge Ships: And Other Implausibly Titled Books. Sadly my personal favourite "Procrastination and task avoidance, a practical guide" (shortlisted some time in the late 90s) isn't included.

Recently, oddity lovers in Germany have also set up a prize: Kuriosester Buchtitel. With my most recent title “9 Millionen Fahrräder am Rande des Universums,” I might be at risk of getting nominated. Which would be ironic and nicely circular, as the original Diagram Prize is covered in one of the chapters, greek rural postmen and all.


PS I don't think I own a single book from the Diagram shortlists. Maybe I should get this one, it got glowing reviews at amazon: 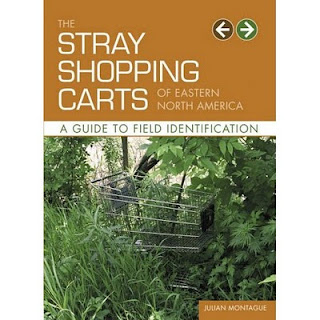 amazon.co.uk
Posted by Michael at 9:18 AM