This film based on real events in Egypt describes the intersecting lives of three women who had been exposed to sexual harassment in public (only one of them on public transport, so the French title is misleading!) and who strike back in different ways. One of them, apparently, was the plaintiff in the first-ever harassment case in the history of the country, resisted immense pressure to withdraw her accusations, and went on to win the case. Another holds self-defence lectures for other women, but gets frustrated when none of the women attending ever admits to having experienced harassment. And the third, after attending these lectures, takes to using sharp objects against the offending males.

The fourth significant person in the story is the (male) police detective who investigates the sharp object episodes. To me the most significant observation that the (male) film-maker makes about the relationships of these four people with their significant others is that in three of the four couples the communication about important issues fails completely. Incidentally, in the one couple that does communicate successfully, both partners work as stand-up comedians in their spare time. Surely that’s telling us something …

The film is, of course, very timely and important given the things we hear about not just in Egypt but everywhere else, and covers the difficult issue sensitively (as far as I can tell from the French subtitles on my DVD from France – I can’t vouch for the quality of the Arabic dialogue which I don’t understand). Not easy to watch and maybe not exactly a date movie, but worth the effort. 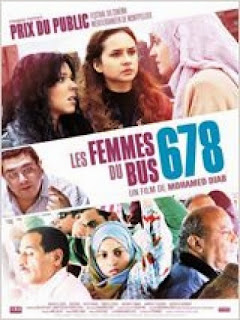