a house and a family

The trend this summer seems to be to publish a book about the house you live in. Bill Bryson tried it, but I’ve read mostly bad reviews about his attempt to make the history of the world revolve around his Norfolk rectory.

Now Charlotte Moore, known to people in the UK interested in autism as the author of the Guardian column “Mind the gap” and the book George and Sam about her two eponymous sons with autism (she also has a son without), has a new book coming out on Thursday (1.7.): 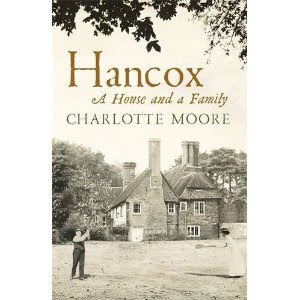 Judging by the snippet that appeared in the Guardian this weekend (All under one roof), I find it a lot more promising than the Bryson book. Her house has been in the family since 1888, and its inhabitants seem to have the genetic disposition to keep things, especially everything that has any kind of writing on it. (At that point I was beginning to wonder whether that phenotype is actually linked to the autism genes, or whether the author is a long-lost relative of ours.)

So using the documents and other memorabilia that her relatives have stashed away in the house for 120+ years, she traced the history of both house and family. I’m really looking forward to reading it. Maybe I can get a review copy ?

PS just discovered, there's also an appreciation of the place by her brother in the Observer: Hancox: so much more than just my home and a photo gallery.
Posted by Michael at 2:35 PM

Definately buying this one! Shauneen