We are already causing a mass extinction by taking up more space than any other species, but some peopl aren't content with that and feel the primeval urge to go out and kill some animals to speed the extinctiona along. I have had a couple of features on how humans are messing up biodiversity by killing the wrong kinds of animals (eg top predators like sharks and tunas) and how the industrialisation of the oceans is threatening the megafauna that survives there.

Last year's hunting feature was mainly an appeal to stop the killing, and to that purpose I rounded up examples of species threatened by hunting on land, in water and in the air. The feature is now in the open archives: 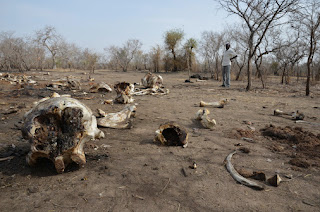