Stem cells, cloning and regenerative medicine are issues on which UK research is doing really well in global comparison, partially due to the fact that the pioneering development of IVF raised awareness here and led to a reasonably sensible regulatory framework.

I've published quite a few pieces on this field over the last ten years or so. The latest feature is pegged to the strategy plan for UK regenerative medicine that the Medical Research Council together with other funding agencies released at the end of March.

A roadmap for regenerative medicine

Haydn for cello and flute

Here's a score we prepared earlier (and played last year). It's from a string duet by Haydn, and we adapted it for the flute. It's quite easy to stick together as the rhythm is mostly identical in both parts, and the parts individually are grade 3-4 level I would guess.

Next up is an adaptation of Johann Nepomuk Hummel's trio for piano, cello and flute in A major, op.78, which is essentially a set of variations on a Russian folk song called "Beautiful Minka." As the piano is quite dominant in this work and we don't have a pianist in the house, this one involves quite a bit of rearranging. We did just the theme last year, and I have now added one of the variations. Work in progress here:

Russian theme & variations
Posted by Michael at 9:48 AM 0 comments

I helped writing up this PR about research done at Birkbeck College, published in the current issue of Cell:

Transport within the cell relies on a system of tracks, the microtubules, which continuously grow or decay at one end, while the other end remains tethered and static. Researchers at the ISMB have now elucidated how some of the proteins that coordinate the building work on a growing end recognise the sites where they are needed.

Research into dynamic cellular systems such as the ever-changing microtubule cytoskeleton is complicated by the fact that structural methods typically require static and stable molecular complexes. The group of Carolyn Moores at Birkbeck Crystallography / ISMB, working together with Thomas Surrey at Cancer Research UK, has created a static model of the dynamically growing microtubule end, allowing them to pin down the structural interactions that hold the building site together.

Protein building blocks (tubulin proteins) that are added to the growing end normally carry the energy-rich substance GTP, which is split up into GDP and phosphate within seconds of incorporation. By offering building blocks with a non-cleavable analogue of GTP, the researchers could create a microtubule arrested in its growth but retaining the characteristics of a growing (GTP-carrying) end. Moores’ group at the ISMB could then obtain detailed images of this structure using electron microscopy at very low temperatures (cryo-EM).

Specifically, their work published in the latest issue of the journal “Cell” shows how a crucial group of proteins needed for the extension of the tip and its interaction with cellular features, the End-Binding (EB) proteins, bind to the building blocks that carry the uncleaved (and uncleavable) GTP. The researchers found that each of the EB proteins bridges two strings of tubulin subunits running the length of the tube structure, the so-called protofilaments. Intriguingly, each microtubule has a “seam” where the protofilaments are connected in a different fashion, and the EB proteins appear to recognise that difference, as they don’t bridge the seam.

“The fascinating behaviour of growing microtubule ends has been tantalising biologists for some time,” says Moores. “The biophysical experiments performed in the Surrey lab were essential in optimising sample preparation for our cryo-electron microscopy structural experiments, but we never anticipated the secrets of microtubule biology we would uncover when we started our collaboration.”


With the help of this model system, further research will uncover more details of the wider context in the dynamic behaviour of the cytoskeleton made up of the microtubules.

“Of course, we now have many more questions about the coordination between EB activity and the ebb and flow of microtubule growth and shrinkage,” says Moores, “in particular,: What do microtubule ends look like in the wider context of the multi-protein complexes which the EBs help to assemble? But our futures studies promise to take us in exciting directions in understanding regulation of the microtubule cytoskeleton.” 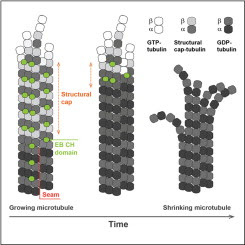 The strange case of ... Halestorm

I’ve only discovered Halestorm very recently, coming across the video for Love Bites on Kerrang and loving the frantic energy of it. My closest reference point is Within Temptation, whose complete works I love and cherish. Viewed from that direction, Halestorm is a different kind of offering. Where Sharon’s soprano floats etherically above the metal grumble, Lzzy mostly sticks to the lower registers that are mixing right within the instrumental sounds and doesn’t stand out so much. What makes the metal tracks irresistible for me is the mix of crazy energy and bad girl swagger in the lyrics (as witnessed even in the titles, such as: you call me a bitch like it’s a bad thing). The ballads are perfectly nice as rock ballads, though some of them (eg here’s to us) sound like melodies I have heard before. 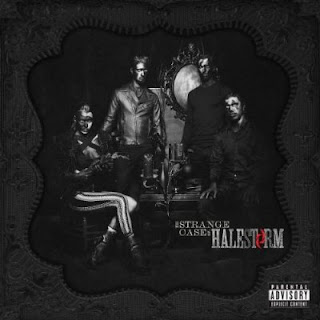 In other music news, I also ordered “Best intentions” by We are the in crowd at the same time and have played that CD a few times, but find it less addictive. Nothing wrong with it really, I don’t mind playing it, it’s just it doesn’t blow me away.
Posted by Michael at 4:53 PM 0 comments

As public interest in all things astrobiology is flying high right now, I have written another feature on the area, focusing on the search for life on Earth and in the rest of the Universe. Featuring exoplanets, Curiosity, Chile's Atacama desert, Lake Vostok, Carl Sagan, Galileo (spacecraft) ...

The feature is out in today's issue of Current Biology, you can freely access the

If that leaves you hungry for more, you could always try to get hold of a copy of this book: 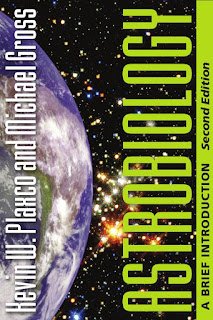 which came out in its second, fully revised and updated edition last year - full details here

Dvorak for cello and flute

the young cellist in my family has arranged Dvorak's famous humoreske (originally a piano piece, but also found in the Suzuki string methods) for cello and flute, so I can play it with her (the limiting factor being, as she likes to put it, that I should first learn to count to four). The score is in noteflight and registered users can view it there, but for everybody else I am now trying to embed it here:

Wow, it actually works (requires Flash, though). If you press the button on the left above the score you can hear an approximation to the music (the cello sound doesn't sound much like a cello, and it's too metronomical for a romantic piece!) Check here for the kind of style we're aiming at :D

Seeing there seems to be very little repertoire available for cello and flute, I may put our other pieces online as well, by and by. They'll be around grade 5 level and are aiming to have a good balance between the two instruments.
Posted by Michael at 12:39 PM 1 comments

I'm loving the frantic video for "Love Bites" by Halestorm so much, I've ordered their CD ... watch this space.

Oh, and their cover of Lady Gaga's Bad Romance is also brilliant.
Posted by Michael at 4:20 PM 0 comments