Research using ancient genomes is still advancing rapidly. At first, it was limited to higher latitudes, but it is now possible to sequence ancient DNA from warmer parts of the world, bringing it closer to the origins of western civilisation, and, soon, to the origins of our species.

In my latest feature I discuss the results of genomic studies of ancient Greeks and Canaanites (in today's Lebanon), which add genetic substance to the stories of Homer and the Bible. Both studies pin down migrations, but also reveal a remarkable degree of genetic continuity across millennia. While the piece was in press, some of the groups involved in the Greek study have gone further south and published ancient genomes from sub-Saharan Africa. Hard to keep up these days.

Read all about Greeks, Minoans, and Canaanites here: 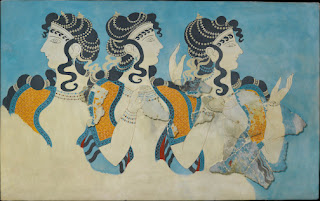 Restoration of a late Minoan fresco dated ca. 1525–1450 BCE. Only the offset, irregularly shaped fragments are original. The faces of the women were copied from other, smaller Minoan artworks. (Image: The Metropolitan Museum of Art, New York, Dodge Fund, 1927.)

PS: looks like archaeology at Troy is also making progress, see this report in The Guardian which came out just after my feature.

A year ago, I reported how the inflationary spread of megadam projects in tropical countries may do the environment more harm than good. The thing is that submerged vegetation in large reservoirs in the tropics can release enough greenhouse gases to wipe out the climate benefits from the hydroelectric plant in comparison to a modern gas-fired power station.

However, the megadam mania has marched on regardless. Earlier this year, for instance, the Guardian asked:

Why is Latin America so obsessed with mega dams?

and concluded that other renewable energies may be preferable in many cases. Some projects have in fact been stopped by protests and environmental concerns, but in many places, the mania continues.

A global megadam mania
Posted by Michael at 5:06 PM 0 comments

It looks like I have inherited the admin side of Oxford's Galician session, after the founder and all-round musical genius Mano has left town. At the same time I realised that I had a WordPress account that I haven't used in 10 years, so I will now advertise the sessions and generally rave about Galician music there as well as in the Facebook Group which I've just set up.

Oh, and I'm also running an email list, but that will only involve one mail per month, just the reminder I'll send one week ahead of the session. Drop me a note if you want to get on that list.

The sessions will continue to happen at the James Street Tavern, last Wednesday of every month, 8:30pm. 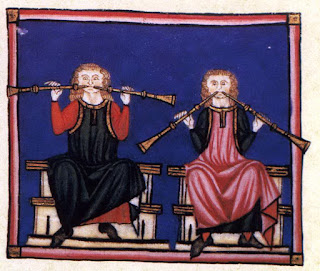 I will never get bored of the illustrations from the Cantigas de Santa Maria.

Today's issue of Current Biology has a special section called

The making of a plant

with lots of fascinating stuff on everything plant related from cell biology to agriculture.

My contribution is a feature rounding up various ways in which mimicking plants can be useful for us, from architecture through to ecology and behaviour of pollinators: 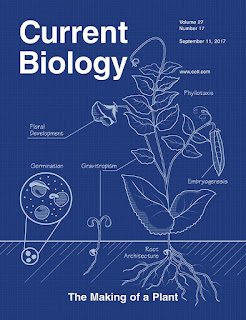 a flood of floods

With the recent "unprecedented" floods in Texas and India, we have gained further examples demonstrating what catastrophic climate change will look like on a regular basis. For most people a warmer climate will not mean relaxing by the pool, but fleeing floods and other disasters.

The connection is quite simple really. Warmer sea surface water allows storms to pick up more water vapour and more energy, both of which make them more devastating. I've discussed all this in a feature published early last year, which is now on open access:


World under water
Posted by Michael at 2:09 PM 0 comments