This round-up of pieces published in German covers the marvels of sponges, coffee, fluorescent platypuses and wastewater analytics. 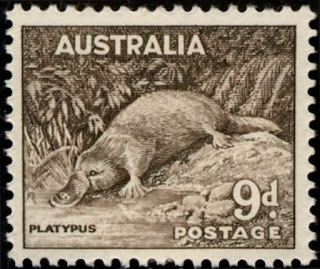 Some thoughts (with spoilers) on

I have one or two book projects in my pipeline that are inspired by family history (eg this one), so I am naturally curious about other people’s efforts in this field. Our household has been reading Hadley Freeman’s contributions in the Guardian since forever (in my case since she moved from the fashion desk to become a columnist), which means I already knew some intriguing glimpses of her story, including the fact that her grandmother lived in Paris and never got over having to flee the city in WW2, and this loss of place is also something I can relate to (and Paris too, of course).

House of Glass is the story of this grandmother and her three brothers. The Glass siblings were a Jewish family from a town in today’s Poland. One of the many insane ironies in this story is that the first pogrom in (20th century) Poland happened in their town and saved their lives. This was before the end of WW1, so modern Poland didn’t even exist yet, but it became clear to them that the relative safety they had enjoyed under Habsburg rule was over. Their father came back from the war in poor health, and after he died the siblings and their mother followed in the footsteps of their cousins to move to Paris in the early 1920s, when France was still happy to accommodate Jewish immigrants. Their hometown was near Auschwitz, and among the Jewish families who stayed there, virtually nobody survived the Holocaust. So the statement that a pogrom saved their lives is not even an exaggeration.

When antisemitism and then the Nazis caught up with them in Paris, the four siblings responded in very different ways. One did as he was told by authorities, registered as a Jew, came forward when called up for internment, and ended up being murdered in Auschwitz. The other three did not and miraculously survived. The youngest of the brothers, the fashion designer (later turned art dealer) Alex Maguy tricked the sister into marrying an American, leading her to a life in safety in Long Island. To save his own life, he juggled personal friendships with resistance members and Vichy officials, and cheated death more than once. He even managed to save his 100% un-assimilated mother, which strikes me as the most surprising achievement in a life story that has plenty of others. The oldest of the brothers survived in less eye-catching style, but survive he did.

So, for a Holocaust memoir, this one has a 3/4 happy ending and manages to be uplifting. It uniquely encapsulates the history of the 20th century – the oldest sibling was born in 1901, the last survivor died in 1999 - while also raising issues that are again troubling us today. As it was researched and written after all of the siblings had died, it has plenty of detective work and sleuthing to keep up the suspense. And as a warning to aspiring memoir writers like myself, it is becoming obvious that this kind of investigation requires a lot of hard work (and travel, so I am excused for now, but I have a list of places I need to visit for this purpose). 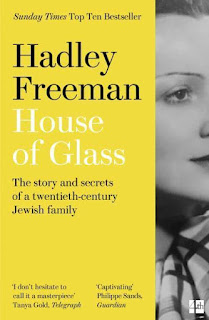 PS: While reading this, I felt inspired to dig my own tiny bit of Jewish ancestry again, and thinking about it I suspect there may be more that has been swept under the rug.

I've just about managed to memorise the 24 bars of the first minuet in D this month, but I am increasingly getting the impression that new bars learned risk pushing out some of the not quite secure enough ones learned before. So for this summer, I'll focus on securing and polishing the 12 movements I have studied so far and won't be adding any new movements for now.

I've also done a debut performance of the most advanced movements (those at the bottom of my list, below) at Oxford's only bandstand (Florence Park), which was great fun, and I'm planning to do that more often, to practice keeping the concentration while random children are running behind my back and dogs come sniffing at my legs. Other than that, the audience has politely ignored me which is the best I can hope for.

One movement I might complete this month is the Courante in G - seeing that there isn't much missing.

So after 14 months with 389 practice days, 12 movements studied, and 409 bars memorised, my list now looks like this: 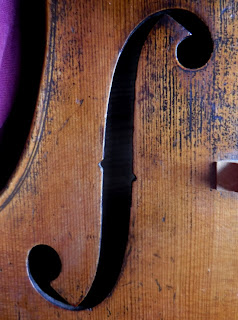 No f in Heinrich, but two f holes