A year ago, reflecting the rise of certain politicians and movements aiming to reinstate old-fashioned prejudice against anybody who is different from their definition of normal, I wrote a feature on the psychology of prejudice and the implicit association test (IAT) developed by Anthony Greenwald and Mahzarin Banaji.

As things are going right now, considering recent events in the US and election results from Italy, Germany, Brazil, a test for hidden bias like this will soon become obsolete, because our real problem will be with the outspoken bias marching down the street and assaulting people. But just to be extra sure you've no common ground with the prejudiced people coming out of their caves, you could take the IAT online, and/or read my feature about bias, which is on open access now:

In a widely publicised paper this summer, researchers claimed to have dicovered the world's oldest cheese in an Egyptian tomb. Only that the remains of that cheese were mainly sodium carbonate, and that two weeks later, traces of cheese were discovered that were twice as old. I wrote a column poking fun at the short-lived "oldest cheese in the world" but in the process discovered that the paper about the earlier cheese traces was really interesting, because it pushes the origins of cheese-making in Europe to a time that is earlier than the arrival of lactose tolerance. Which means that cheese, containing less lactose than fresh milk, may have been the gateway of ancient Europeans to the benefits of using nutrients from milk beyond early childhood. And then, being culturally prepared to use milk and milk products, ancient Europe was a fertile ground for the lactose tolerance genes when they arrived.

The whole story is now out in feature format:


On the origins of cheese 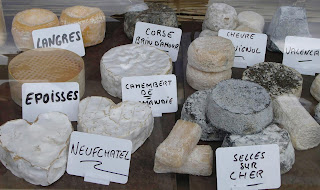 Europeans enjoy an overwhelming variety of cheese products. Interestingly, the earliest evidence of cheese making in Europe now predates the arrival of lactose tolerance genes, suggesting that cheese may have paved the way for dairy use. (Image: Ted Drake/Flickr by a CC BY-SA 2.0 licence.)

another COP coming up

As another climate conference is coming up in December, it's the numbering that really gets to me. COP24 means, above all, that we have now spent more than a quarter century not getting any better at averting catastrophic climate change. I usually write a climate-related feature ahead of the conference (watch this space), so here's one I prepared earlier, in the run-up to the Paris conference of 2015.

I've been covering bee problems for well over a decade now - since the crisis around colony collapse disorder in the mid-00s. Progress has been made in terms of recognising the subtle kinds of damage that neonicotinoids can do to pollinators. But the fundamental paradox remains - we depend on insects for our nutrition (never mind to maintain a residue of a natural environment), and yet we put tonnes of insecticides into the environment.

Three neonics are now being banned EU-wide, but one of the products that may replace them is now also implicated in (bumble)bee problems. One day we'll have to acknowledge that the problem isn't insects, it's monocultures. And we'll have to learn agriculture from scratch again as our ancestors did some 12,000 years ago.

Anyhow, my latest buzz on bees is out now: 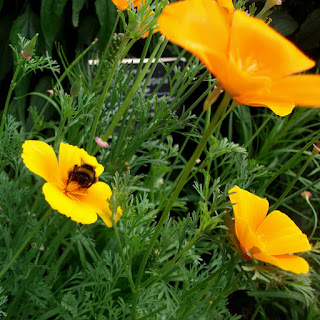 (Own photo, taken at Chelsea Physics Garden, London.)
Posted by Michael at 10:03 AM 0 comments

There are so many exciting discoveries coming out of the analyses of ancient DNA - ranging from recent history back to the times when Neanderthals, Denisovans and our sapiens sapiens ancestors coexisted - that one could easily write about these all the time. However, remembering that I write for a general biology journal, I make sure that stories about humans don't take over and that animals, plants and microbes also get their fair share.

While I can't catch everything, here's one ancient DNA story I did a year ago, and which is now on open access, covering the early civilisation in the Eastern Mediterranean and providing some genetic context for sources like Homer and the Bible: 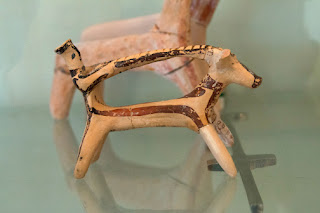