I'm not known for talking about the weather, even less to write about it, but with all that climate change going on and our civilisation not being able to either avert it or to adapt to it, I do have to deal with weather news more often than I would like to. The last couple of months have seen some more of those exceptional, once in a century flood disasters that seem to be coming round every year these days, and nicely timed to fit in with the COP21 conference at Paris. So I rolled up all the flooding news and climate policy into one dripping wet feature, which is now out in Current Biology: 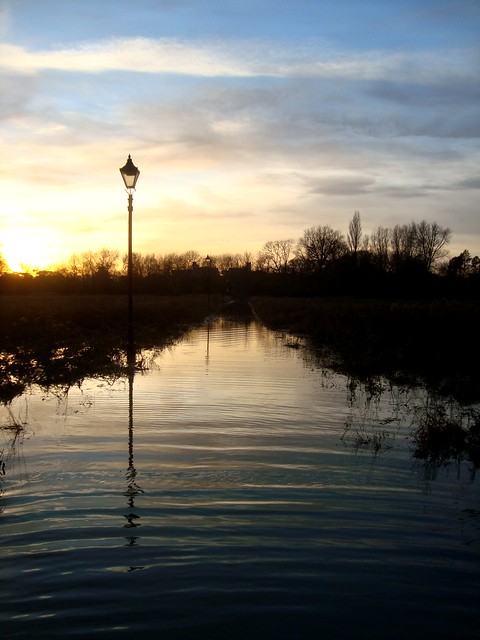 We have been spared significant flooding so far this winter, but this is a photo of the cycle path that normally enables us to go into town, under water in November 2012. (Own photo via flickr.)

What links whale poo, the genome of the woolly mammoth, geo-engineering, megafauna extinction, gene editing, Homo sapiens' role as a predator, phosphorus, and the Haber Bosch process (which turns nitrogen from the air into fertiliser)?

Apart from the fact that these are topics I have written about in the past, they have all come back in my latest feature, which combines previous interests in a way that is downright spooky. I've counted 7 cross references to previous Curr. Biol. pieces alone, and there are some connections to work published elsewhere as well. Most surprisingly of all, it all makes sense, at least to me.

So the grand unifying principle that links all these issues is, ahem, megafauna excrement (or megapoo, to use my shorthand for the article). It turns out that large animals are good at moving nutrients against the flow, from the bottom of the oceans to the top of the mountains, with the actions of whales, seabirds, migrating fish, and terrestrial megafauna combining to form one gigantic nutrient escalator. Whereas we humans tend to do the opposite, we flush our droppings down the toilet and use sophisticated engineering to ensure that they disappear from circulation as fast as possible. And our domesticated livestock isn't much use at nutrient dispersal either.

Not for the first time, I've just learned about an amazing way in which the biosphere functions to keep our planet habitable, only to find out in the process that with our combined use of plumbing and and decimation of megafauna, we've found yet another way to wreck biosphere functions. So this was simultaneously very inspiring and very depressing.

Megafauna moves nutrients uphill
Current Biology Volume 26, Issue 1, pR1–R5, 11 January 2016
Open access to full text and PDF download
This article is now in the open archives as it was published more than a year ago. 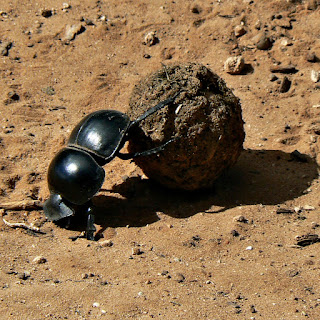