the science of Angélique

Trying to organise my book reviews, I came across this text I wrote in March 2016 after re-reading Angélique, which for some reason I didn't post then. As my recent reviews masterpost has a dramatic shortage of French novels, I'm now adding this as an almost review:

Each time my random path through life intersects with a copy of the historic novel Angélique by Anne and Serge Golon, I get asked why I would read that kind of nonsense. As it happens, I can think of a few good reasons, so here goes:

For the science – the first volume of the franchise revolves around a trial for sorcery, the pretext for which is the mining operation of the accused, which involves extraction of gold from minerals using lead as a solvent (cupellation). The argument why this is just chemistry and not the “transmutation” the mediaeval alchemists were after is a difficult one and handled competently. Serge Golon (1903-1972), who was probably more of a technical advisor than a co-author, was an engineer and geologist, so he would have known this sort of stuff.

For the social history – I don’t care what the courtiers were wearing for the wedding of Louis XIV, but the whole mining story also involves skilled miners immigrating from Germany. Plus there is the backdrop of the Huguenot persecution. Both issue figure prominently in my family history. Also fun to explore 17th century Paris – much of which disappeared when Napoleon III and Haussmann set to their grand-scale building project that created the city we know today.

For the literary merit – I wouldn’t vouch for the translations, but the original doesn’t quite deserve the trashy reputation it appears to have. One can certainly make out the author’s ambition to write a Dumas novel with a female lead, and I’m guessing that much of the stick she’s been getting over the year was simply sexism – a historic novel by a woman about a woman can’t be any good. Of note, for a book written in the 1950s, it is remarkably fearless in dealing with issues that were unmentionable back then, such as rape.

Incidentally, I only found out recently that Anne Golon has re-published the series to correct some mutilations that the original publishers made without her knowledge. Think I might just invest in a copy of that version.

Checking the facts for this post, I just found out that Anne Golon died on Bastille Day last year, aged 95. I was travelling at that time and must have missed the news.

It looks like those "restored" versions of at least four of the Angélique novels have been published as "version augmentée", swiftly followed by a new edition billed as "version originale" to confuse readers completely. So the restored / augmented version looks like this, but sadly volume 1 doesn't seem to be available right now, although the following ones are: 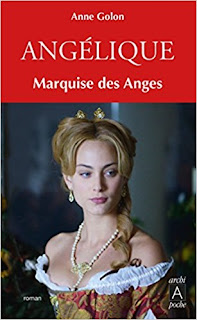 Oh and from today, the tag for French books is livres en français

The Haber process is the place where textbook chemistry meets global food security and lots of environmental concerns, so it's a very satisfying topic for me to write about, as I can expand from molecules to global issues, and even recycle some of the things I learned during my studies. I've recently done a C&I feature on modern attempts to improve on Haber and dreams of an ammonia economy, and also reviewed more Haber biographies than I care to remember (eg this one), but the big nitrogen feature taking the whole environmental and food security problems was this one in 2012, which is in the open archives:

We need to talk about nitrogen 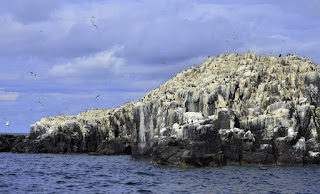 Until the advent of the Haber–Bosch synthesis 100 years ago, guano was the main source of nitrogen fertiliser, ensuring that reactive nitrogen ran in closed natural cycles. (Photo: Joan Thirlaway.)
Posted by Michael at 8:26 PM 0 comments

I'm trying to find some way of organising my literary book reviews published here, which are currently in the same tag (bookreview) as non-fiction and indeed as the reviews of science books that I write for Chemistry & Industry magazine. Plus, in the early days I also had some entries just pointing to other people's reviews of books I hadn't read. With 147 entries, that tag is getting a bit unwieldy.

So let's start with a master post sorting reviews by language (and maybe I'll introduce a new tag for each language, as I have already done for Galician), starting with the Romance languages which I am more interested in than in the Germanic ones:


Translations from other languages

Oh well that is an eclectic old list. And I should definitely review more French novels ...


In the meantime, here's my little Galician library: 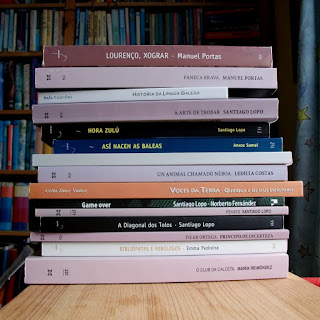 PS I'm still adding a couple of links to more recent reviews but will at some point (end 2020?) leave it alone, lest it grows to become unmanageable. After that I might try and do a reviews master post at the end of every calendar year. Watch this space.
Posted by Michael at 8:28 PM 0 comments 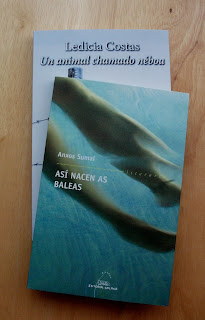 When that Australian turtle with the green mohawk (Mary River turtle, Elusor macrurus) became a media sensation, I realised that there was a fairly big conservation story behind it, namely an advance enabling researchers to classify endangered reptiles on the basis of both their threat level and their uniqueness in evolutionary terms. The acronym EDGE combines these two criteria, Evolutionary Distinctiveness and Global Endangerment.

The EDGE of existence project at the Zoological Society London, which has previously published EDGE rankings for mammals and birds, has now released one for reptiles, so I've written a feature covering both the metholodical progress that made this possible and a few prominent examples from the new list. My feature is out now:


Reptiles on the EDGE The gharial (Gavialis gangeticus), a fish-eating crocodilian found in the northern parts of the Indian subcontinent, is among the 20 highest-priority reptile species in a ranking based on evolutionary distinctiveness and global endangerment. (Image: © Shivapratap Gopakumar/Flickr by a CC BY-ND 2.0 licence.)
Posted by Michael at 4:35 PM 0 comments

So this week saw the annual Dia das letras galegas (Galician Literature Day, May 17), about which I have obsessed here and here, and also in the twitter hashtag #Euleoengalego (I read in Galician).

But why do I? One obvious reason is that I need to learn the language so I understand the naughty bits in the songs we sing at the Galician sessions, and reading novels has served me well as a learning strategy for English, French and Spanish, so why not. (Also, there is a special deal with Romance languages, you buy two and get the third one free.)

There are additional motivating factors, however, which I am only beginning to discover. All other languages I have learned before were languages of empires at some point, and were aggressively inflicted on the less-well armed people. Galician, by contrast, only had a modest kingdom for a few decades in the Middle Ages, and has since then been a minoritized language, suppressed over centuries by the Castilian-speaking imperialists. So helping to keep it afloat is among other things also an anti-imperialist statement.

Then there is the familiar and related problem that everything published in English is overrated by default and spread around half the globe even if it has no merit whatsoever. Given this language privilege, all sorts of shady people publish books in English for political or commercial motives, regardless of whether they are any good.

The resulting problem for me as a reader is that not only there is way too much stuff being published in English to keep up even with the reviews, let alone the books, but also there is a substantial risk of picking up something that is downright rotten.

My impression is that this doesn't happen in a minoritized language. Especially in the Spanish situation where anybody who is literate enough to write a book in one of the co-official languages could just as well write it in Spanish instead and reach a potential market more than 100 times larger. So people who do write in Galician, I suspect, do it because they love the language and want to make a contribution to keeping it alive. (Incidentally, the author featured in this year's Dia das letras galegas, Maria Victoria Moreno, learned Galician as an adult and describes her relation with the language as a love affair - one that was downright dangerous under Franco.) And that, according to my theory, explains why, five novels into the Galician reading experience, I haven't yet found a book I didn't like. Prove me wrong. 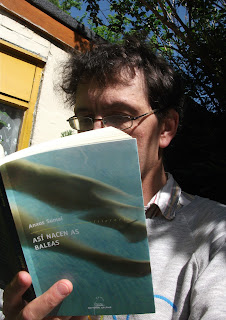 Back in 2013 I wrote a feature on the collateral damage of the global prohibition on drugs. It came out within days of the death of Oxford teenager Martha Fernback from an accidental overdose, which could have been avoided if drugs were sold with proper controls and labels like other products. Martha' mother, Marie Cockburn went on to campaign to legalise and regulate drugs, follow her progress on twitter.

Things are moving very slowly, but the understanding that the war on drugs isn't working and has killed millions over the last 100 years is gaining ground.

My feature is in the open archives here:

Cambridge Analytica has now thrown in the towel, but the important questions of the recent facebook crisis remain unresolved. The network connecting and observing more than two billion people is a typical dual use technology, it can do a lot of good and also help psychological studies, but the possibilities of manipulation and misuse for political or financial gain are also endless.

My feature on this weighs both uses and asks how science should handle this dangerous tool in the future: 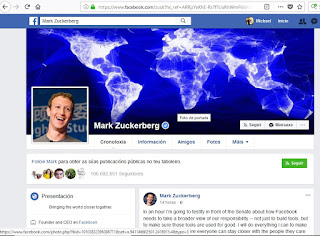