This book has been translated into Spanish, Italian and French, but apparently not into English. If it was, I would call it the knitting circle, rather than club, as I imagine the six protagonists sitting in a circle and knitting, but more importantly each telling the story of her life. As we go round the circle, the joint story also advances, as it becomes clearer what connects these women and how they can help each other, so while the movement is circular, it is also going forward. Like knitting a sock, I suspect. Threads and patterns are important, too.

The cast makes me think: Why hasn’t Almodóvar made the film yet? We have a prostitute fed up with the profession she inherited from her mum, a one-legged woman who wants to become a bus driver, a secretary with the ambition to be her own boss, a cleaner haunted by the ghost of her aunt, a political activist (communist?) in remission, and an old lady who spent her life looking after the local church (dressing the saints, as I think they say in Galicia).

Six women on the verge of a major breakthrough, because knitting does change the world. Six lovely stories with convincing voices that we would not normally hear. In the final chapter the whole thing is tied together maybe a little bit too neatly, but never mind. You don’t want to have any loose threads dangling when you’re knitting a masterpiece.

PS The Galician edition of Wikipedia tells me there has been a TV adaptation, but I still want to see Almodóvar’s take on this. Wiki also reveals that the story is set in the city of Vigo (whose literary fame was secured by Martin Codax in the 13th century). 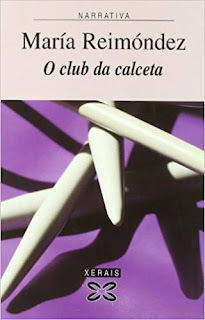 We're used to the thought that animal conservation is by and large a losing battle. Animal species are becoming extinct at an alarming rate in this man-made 6th mass extinction. Conservation efforts can save a few and slow the rate a little bit, but there is no chance whatsoever of stopping extinctions altogether.

It hadn't occurred to me that the situation is different for plants. We can preserve their seeds and grow them in botanic gardens, which led the authors of a paper I read recently to the claim that there is no reason any plant should go extinct. Which is to say, we could save every plant known to science if we put our mind to it. This hopeful message inspired me to write a feature about botanic gardens and their role in conservation (it also fills a gap as I have features about zoos and herbaria in my back catalogue already!), which is out now:

Can botanic gardens save all plants? 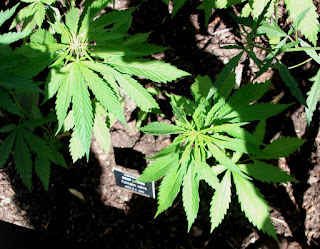 Own photo - some cannabis plants seen at Chelsea Physic Garden
Posted by Michael at 4:56 PM 0 comments

Recent years with the Facebook revelations and the trumpocalyptic tweets that may start a nuclear war any day now have sucked most of the fun out of life on the internet. Even tumblr has taken to flooding me with fake followers - those troll factories must be working overtime these days.

So it's nice to step back in time and remember the happy days of 2013, when we (or I, at least) still naively believed that online communities could be a force for good.

So here's my 2013 feature raving about online cultures, clearly not expecting how it would turn out a few short years later: 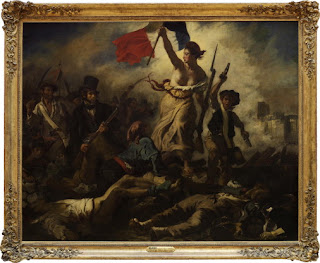 I had completely forgotten that I had used the Delacroix as an illustration with that article (Wikipedia edit wars were the excuse for that). (Artwork: Eugène Delacroix La Liberte Guidant Le Peuple (28 Juillet 1830) Musée du Louvre © 2007 Musée du Louvre/Angèle Dequier.)
Posted by Michael at 4:58 PM 0 comments

Global tourism is growing so steeply that it is rapidly becoming a problem not just for popular destinations (like Oxford, for instance) but also for the environment. Driven by China's wealth explosion and innovations from budget airlines through to airbnb, it produces a carbon footprint that is scary and growing.

As part of today's special issue on migration, I had a closer look at the global impact on tourism in a feature which is out now: 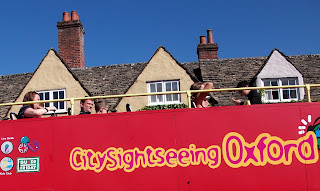 for more than a decade, from Was Biotronik alles kann (2002) to Invasion der Waschbären (2014), my books in German were published by Wiley-VCH, mostly in their general pop-science series Erlebnis Wissenschaft (not quite translatable, this suggests science is an exciting experience).

Since the publication of the raccoons’ book in 2014, I have had no luck with further proposals, and have been given to understand that the sales of the series weren’t as good as the publisher hoped. Checking up the programme this summer, I realised that the last new title was published in 2016. One that is listed in 2018 is in fact the paperback version of a book previously published in hardback. Coming from the main website, the list doesn’t even have a link, so I had to use search engines to find it here. So, reluctantly, I am having to switch back to hustle mode and try to find a new publisher.

I can accept that on a purely balance-based reckoning, the books may not have been very profitable, but then again, Wiley-VCH is a huge publisher with successful academic titles (the white and blue design inherited from the original Verlag Chemie) as well as the licence for the German version of the hugely successful “For Dummies” series, not to mention a vast array of academic journals. All of which surely could help to fund a bit of an effort to help the public understanding of science with a series of intermediate level popular science books.

Oh well. I may have written critical reviews of one or two of the titles shown below, but I surely will miss the series. 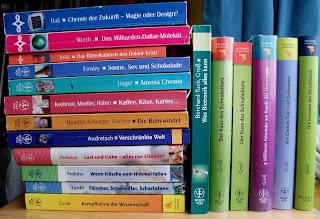 For this photo I rounded up my own titles in the series and a few from other authors. Since taking the photo I keep discovering others that I forgot (eg the biographies of Haber and Lynen and the memoir of Schatz – for the biographies alone it would be worthwhile keeping the series alive).


When Leïla Slimani won the Prix Goncourt in 2016 for Chanson douce (English title: Lullaby), I really wanted to read her book but shied away from it because of the subject matter (as a parent, I am a bit squeamish about children being murdered). Then on my recent travel I stumbled across some kind of literary programme on TV5 Monde, where Slimani spoke about her most recent book (Sexe et mensonges : La vie sexuelle au Maroc), discussing the sex lives of Moroccan women with a panel of three blokes and looking as relaxed as if that was the most ordinary thing in the world to do.

So, looking up her oeuvre, I discovered her first novel, Dans le jardin de l’ogre, which looked less scary than the prize-winning one, so I read that. It’s in a way a Madame Bovary for the post-Catherine M. times. Which means, we have our medical doctor and his bored wife, but things get rather more out of hand than what I remember from Flaubert’s novel, and the move to rural Normandy (also the setting of Madame Bovary) comes as an attempt to fix things.

Slimani applies a cold psychiatric eye to report a case study of sex addiction – a condition only recognised as a mental health problem by the WHO last month, i.e. several years after her novel was published. She doesn’t spend much time on describing the external settings (Paris, Normandy, Boulogne sur Mer), and I kind of filled in from own memories what I missed there. But the internal landscapes are quite impressive and match the places. Hers, a city bustling with anonymous figures and existential angst, his, the yawning countryside and longing for steady normality, her parents’ the provincial small town of Boulogne (at some point, Napoleon planned to invade England from there, but I think he got side-tracked or something).

All of which reveals Slimani as a sharp and fearless writer, and one day I’ll even drum up the courage to read her other books.

An English translation of this book is scheduled to appear in February 2019 under the title of Adèle. 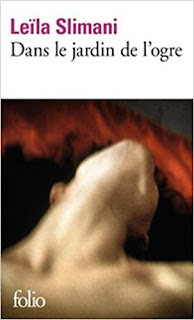 Available as a very lovely Collection Folio paperback, although I am not happy with the font they are now using for the author's name, which is the main difference between the current design and my collection of folios from the last century.
Posted by Michael at 9:32 PM 0 comments

This time last year, I had a feature on plastic pollution out (I think it was my third one on that topic). Since then, the amount of plastic waste swirling around in the oceans has kept growing, but so has public awareness of the issue. Since David Attenborough brought it up in his TV show, it has risen to a new level of prominence, although that doesn't necessarily mean we'll stop dumping the stuff.


PS: a few days after I posted this, it was reported in the news that a device designed to collect plastic waste from the oceans is now afloat and being tested in California. Although nobody seems to have a clear answer as to what the biological bycatch will be.