While I was at Lyon, I also visited one of the major works of my favourite architect, Santiago Calatrava, namely the railway station serving Saint-Exupery airport. From the outside it looks like it could fly: 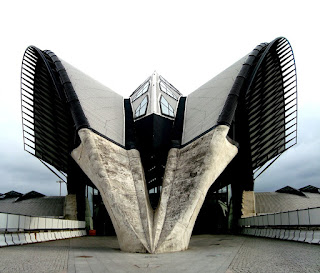 while from the inside the gravity defying height and lightness of the structure makes me think of a modern variation on the theme of gothic cathedrals. In both cases, the windows are extremely important: 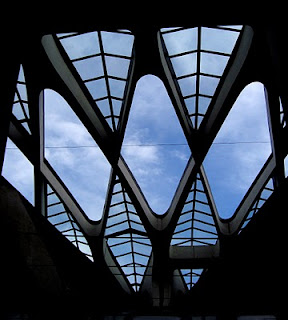 After duly admiring the structure itself inside out and from all sides, I had a lot of fun walking around and checking which details were and which weren't designed by Calatrava - the granite benches, the departures board, the dustbins, and the bollards clearly were part of his grand design. Disappointingly, the fittings in the gents were off-the-shelf stuff (maybe he doesn't want his work to be peed on?). 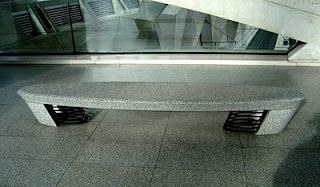 When you drive a train to the station, it looks like this: 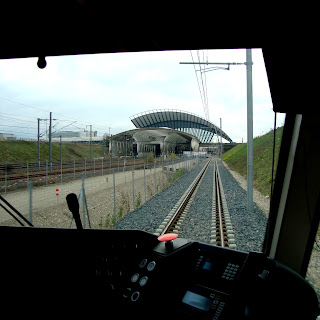 Ok, I'll admit I cheated here, this is in fact the tram towards the city centre moving away from the station ...

For further photos of my visit, check my flickr photostream. In the architecture set you'll also find two other buildings by Calatrava.