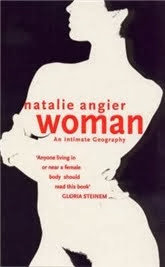 If you work with proteins in a lab, one thing is for sure: you do not want your protein solution to foam. When it does foam, you can probably throw it away. Unless, that is, it is one of the rare proteins that are meant to act as detergents. So far, they have only been discovered in tropical frogs and in the sweat of horses, so that's why my latest feature is called:

Only frogs and horses

I'll be happy to send pdf reprints if you want one, email me at 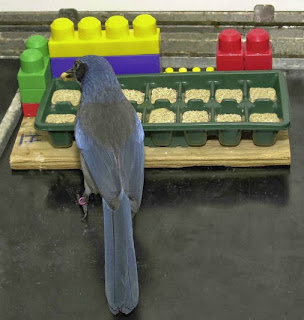 The man we now know as the most famous luthier* of all times, Antonio Stradivari, was born in obscurity, probably in 1644. I find it astounding that the earliest record we have of his existence is a violin he built in 1666. He went on to create around 1200 instruments, roughly half of which are known to be still in existence. Many more trees have died to print theories about what made his instruments so special than for the production of the instruments themselves. So do we need another book about him?

Toby Faber takes the detached view of the amateur enthusiast who gave up on the violin when he left school – he doesn’t have a new theory to propose or a particular axe to grind. He simply follows the “lives” of six of Stradivari’s instruments, the Davidov cello today in the hands of Yo Yo Ma, and five violins, and uses them as a thread for the story of Stradivari’s fairly ordinary (though very long) life and his extraordinary afterlife.

It took his instruments a century of maturation time, as well as innovations in bow building and neck attachment, before they could emerge as the powerful sound machines that came to be considered superior to those of all others. It is a fascinating story, very clearly written and accessible – no previous knowledge of string instruments required.

Faber’s main interest here is the cultural construct of an instrument’s worth and appreciation, so luthiers, musicians, and instrument traders all get equal parts. He doesn’t pay as much attention to another group, the scientists who analysed everything from the acoustics of the wooden construction to the chemistry of the varnish. Maybe there is a popular science book about Stradivari’s instruments still waiting to be written.

We're in the middle of a global disaster for biodiversity, but here's a tiny speck of good news: a few dozen species of mammals and birds in Europe have recovered in recent decades after being severely threatened or even extinct in the wild. A report commissioned by Rewilding Europe analyses these cases. The hope is that understanding the underlying causes of these recoveries may help other species elsewhere.

Read all about this in my latest feature, illustrated with gorgeous animal portraits from the report:

Back from the brink 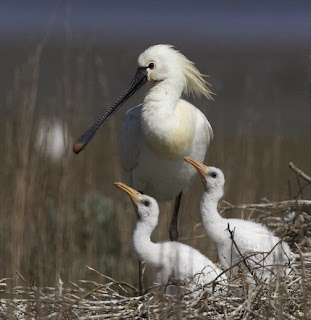 Eurasian spoonbill. Its recovery shows that conservation of wetland habitat and nesting sites does help species to recover after dramatic decline. (©Jari Peltomäki/Wild Wonders of Europe and Rewilding Europe.)
Posted by Michael at 9:34 AM 0 comments