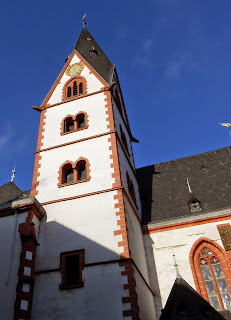 Cellulose as made by plants is a complex material that mankind has used for all kinds of applications for millennia. Only in the 20th century synthetic materials increasingly replaced it, mainly because the plastics can be tailored to any material property required. Now, however, as plastic waste is becoming a global problem and sustainable solutions are in high demand, researchers are rediscovering cellulose and stripping down its complexity, resulting in so-called nanocellulose. With these structural building blocks of natural cellulose, they can then construct composite materials to rival the synthetic ones.

I've written a feature about nanocellulose which is out in the December issue of Chemistry & Industry:

On page 51 of the same issue you'll find my review of the book The economic competitiveness of renewable energy - pathways to 100% global coverage, by Winfried Hoffmann.

the trouble with animals

It's all very well having animals around as food or for company, but the trouble is that we pick up diseases from them, and those can be deadly, especially in the initial phase after jumping across to our species. At the end of the year in which Ebola hit the headlines for months, I've discussed the wider problem of zoonotic disease and the lessons to be learned from the failure to tackle Ebola in time to stop it running out of control.

Our shared burden of diseases

(I can send PDF "reprints" on request, and the article should become freely accessible one year after publication)

My German pieces published in December are embarrassingly seasonal - there is ice and snow aplenty in a feature about the subglacial biosphere of Antarctica, and the target of my regular fun-poking is Poinsettia (Euphorbia pulcherrima), which is known in Germany as Weihnachtsstern (christmas star). That's quite enough xmas for me, I don't want to hear it mentioned again until next year ...

how to feed the world

The world population keeps growing, more people want better diets, and climate change puts food production at risk. All these global trends mean we as a civilisation will have to act now to make sure we will still have enough food in the next few decades.

Plant science can offer crucial support for this quest in a number of ways. Improvements in crop yield through genetic engineering are a controversial route, but even by tracking down wild relatives of crop plants and feeding their desirable traits into the gene pool by conventional breeding, plant scientists can help to improve global food security. Importantly, bridges must be built between fundamental research in plant science and the applied research in agriculture.

These issues are covered in some detail in my latest feature which is out today:

The feature was inspired by this special issue of the American Journal of Botany (October 2014): 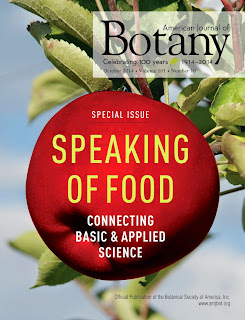