my gender transitions feature from last year has come out of the paywalled closet and is now freely accessible to all people of all genders and orientations, enjoy:


Transitions to new concepts of gender 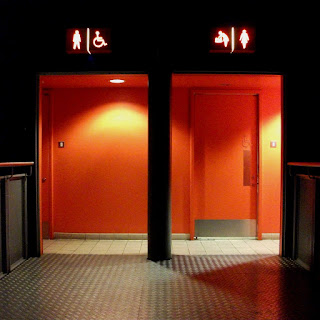 Orange is the new something or other - gender divisions at the Science Museum, London (own photo).
Posted by Michael at 10:43 AM 0 comments

robots are beginning to take over our planet, so it's time to start worrying what they will do to the existing systems, from ecology to economy. Which was a sufficient excuse for me to write a third robot feature (previous attempts date from 2015 and 2013), which is out now: 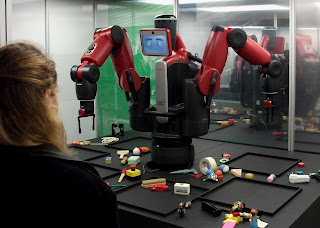 The robot exhibition at the Science Museum, London (own photo). I'll also add some of my pics from that exhibition to my flickr photostream.
Posted by Michael at 5:52 PM 0 comments 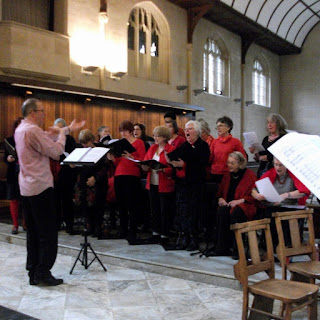 I hear Rambert (formerly Rambert Dance Company) are on tour and perform at the New Theatre Oxford this week (Wed-Fri), so it's a good excuse to dig up a feature I wrote in 2011 about their work with scientist in residence Nicola Clayton (whose research field is corvid intelligence, hence the title): 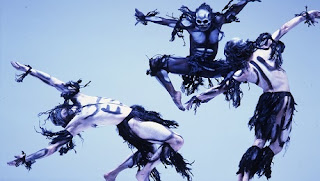 Even after the international year of soils (which was in 2015, in case you missed it), the world cares too little about the ground we stand on and which actually feeds us. On current trends, most fertile soils may disappear well within this century, and food security with them. It's a global problem that political leaders could fix with sensible regulations, if they weren't so busy deregulating everything.

My feature on the state of our soils is out now: 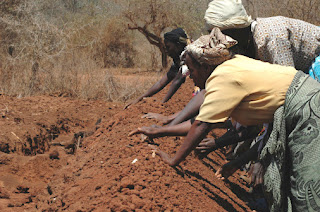 We often dismiss soil as the dirt below our feet, yet it is a vital resource for food production as well as a highly complex and insufficiently understood ecosystem. The image shows farmers in Kyuso, Kenya terracing part of their land in order to minimise erosion losses. (Photo: ©FAO/Thomas Hug.)
Posted by Michael at 5:16 PM 0 comments

Like many other non-British EU citizens in the UK, I am sensing a strong vibe that foreigners from continental Europe will be made to feel unwelcome here (not by all, of course, but by the UKIP-inspired government and its supporters) in the near future. I have lived in the country for nearly 24 years now, but as things are going now, I may be out before the end of the 26th year.

The parliamentary debate over the Brexit Bill has shown that there is no efficient opposition that would moderate the government’s worst efforts leading us towards a traincrash Brexit and aligning the country with Trumpism. Even our local MP Andrew Smith, Labour, representing Oxford which voted 70% remain, voted with the government on the brexit bill, which was kind of the last nail in the coffin.

So far the government has resisted all calls, including the one from the majority in the House of Lords, to offer the 3 million non-British EU citizens living here any kind of reassurance that we will still be allowed to stay. My guess is that they will eventually come up with some conditional thing which will be tailored for people who have highly-paid jobs, maybe tacking on an exception for nurses once they realise that the health provision would collapse without them. But if resident foreigners ever lose their job, or happen to be freelancers or unpaid carers, it’s too bad and they’ll just have to go.

Specifically, there is the £35k rule currently in force for non-EU citizens, meaning that a work permit renewal after the first five years of residence requires you to earn more than £35k per year (see Stop35k).

Second, there have been cases of EU people applying for permanent residence permits (which we don't need yet, but they did so either as a precaution, or as a first step towards applying for British citizenship) and being rejected on the grounds that they should have had private health insurance rather than relying on NHS during their stay so far. Essentially this means that the home office doesn't recognise the NHS as a health insurance. This may sound crazy, but it happened to several people.

Not to mention that the residence permit application is a form with more than 80 pages to fill in (I am told it's five pages in Ireland, two in Germany), and additionally requiring you to document every time you left he country and returned (for me that would be over 100 trips to document) _and_ to send in your passport with the application, so being unable to travel while it is being processed. And if hundreds of thousands of people are having to go through this at the same time, the administration will by swamped with applications and who knows how long it could take. In the meantime, people have neither passport nor residence permit and may end up in the immigration detention centres.

I do appreciate that it is a huge privilege that we have been enjoying over the past 23 years thanks to the EU free movement policy, and that many people from other parts of the world have had it a lot harder. We regularly get examples in the news of how the Home Office treats people who don’t have that privilege (see the recent case of Irene Clennell, deported although she has been married to a British citizen for 27 years) and we’re not keen on getting a taste of that treatment when our privilege expires.

Moreover, apart from quite possibly not being allowed to stay, I am not really sure whether it will be safe to stay once the word spreads among racists and other fringe lunatics that Trump's attitudes to foreigners and other minorities (and women, obv.) are now ok, even in the UK.

There will be a Brexodus of people the UK can't afford to lose. According to a recent survey, a majority of doctors from the continent are already considering to leave, and BMW may decide to build the electric version of the Mini on the continent rather than in Oxford. As people leave, the international atmosphere of places like Oxford will disappear as well, so, well, sorry for the rant, back to packing ... 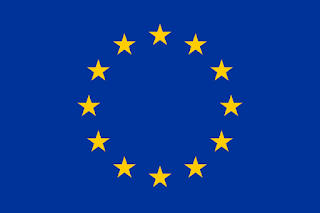