Even though I did much of my PhD thesis with the characteristic whining of two ancient, wardrobe-sized Beckman model E analytical ultracentrifuges in the background, I didn't really expect to get a chance to write something about this technique any time soon. It was widely used to study molecular weight and assembly of proteins back in the 1970s but for a time it became so unfashionable that there was no company left making or servicing the instruments, and only hardcore fans like my PhD supervisor, Rainer Jaenicke, kept the last of these dinosaurs alive.

By now, the technique has been rediscovered, new centrifuges have been developed and built, and various groups are using the technique. In an intriguing development, the groups of Steve Harding and Thomas Heinze have shown that certain carbohydrates can assemble reversibly just like oligomeric proteins. Read all about it in my news story which is out now in Chemistry World online, free access:

Searching for an illustration for this article, I discovered this video of a simulation showing what happens to protein molecules in the cell of an ultracentrifuge. Simulation is of lysozyme in water, so nothing to do with carbohydrates, but I thought it's a lovely visualisation of the technique:

With sea levels rising and many coastal cities sinking, protection from floods is becoming an ever more urgent problem. Which doesn't seem to stop people from the ongoing destruction of natural defences like mangrove forests.

My latest feature, describing how conservation and flood defence can help each other, is now out:

Protect the coasts so they can protect us 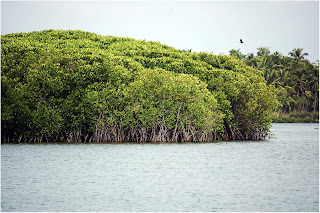 Mangrove wetlands lining many coasts in the tropics provide effective natural protection against storm surges. They also have the ability to build up in line with sea-level rise. Large-scale loss of mangroves in countries like Myanmar exposes many millions of people to increased flood risks. (Image: Challiyan at ml.wikipedia.)

Back in October 2011, I published a feature on food speculation (i.e. the gambling with vital commodities on international financial markets, which can leave real people unable to buy the food they need to survive), so I was pleased to hear yesterday that the EU is now taking action, as it sealed a deal on the reform of the Markets in Financial Instruments Directive (MiFID), which sets new regulation for financial markets.

As always when the EU does a good thing, the UK government is fighting hard to stop it, but I understand it only succeeded in watering it down a bit, and campaigners from the World Development Movement are claiming the EU decision as a win for their fight against food speculation.

Here are the reactions from:

Friends of the Earth: New finance directive lays out improvements, but loopholes remain

See also this report from the Guardian: EU moves to curb food price bets by traders 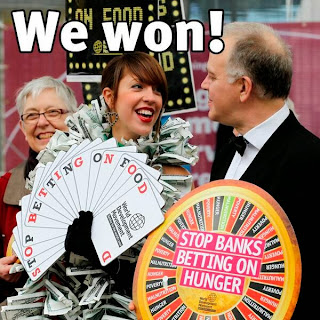 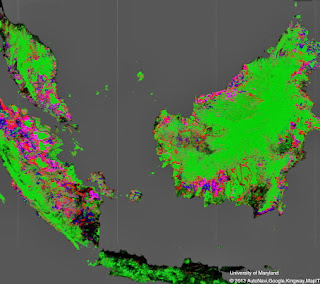