ecology all plugged in

Field workers in ecology and technology are increasingly turning to modern technology in their quest to monitor and protect wildlife. Discarded smartphones now serve as listening stations to spot illegal logging, while affordable drones help with the conservation efforts for large species, and satellite imaging provides valuable data on the ecosystems level.

I have rounded up a few surprising examples of such new applications of technology in ecology and conservation in my latest feature:

Connecting with the natural world

Today’s technology, from smartphones to drones, provides researchers and conservation workers with many new and improved ways of observing and protecting wildlife. 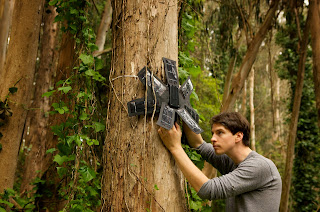 The July issue of Chemistry & Industry contains my feature on the use of analytical methods such as SERS (surface-enhanced Raman spectroscopy) in art conservation:

One of the recent examples covered is the colour change through light damage in the painting Portrait de Madame Léon Clapisson by Auguste Renoir: 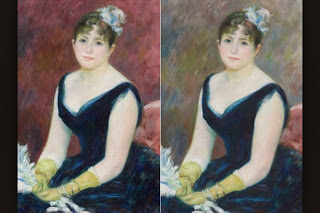 shown in a reconstruction of the original colours (left) in comparison to the faded original. (images: The Art Institute of Chicago).

Also in the same issue (p50-51) is my long essay review on fracking, the excuse being the book:

Hydrofracking: what everyone needs to know
by Alex Prud'homme

I'm afraid both pieces are premium content, but I have PDF files, so drop me a line if you want one.

Oh, and the art feature made the cover:

I'm loving the cover design by the way - I have often stood in front of the new(ish) C&I logo in the cropped circle and wondered: "Is it art?"

My latest feature in Current Biology discusses artificial photosynthesis and the quest to produce transport fuel from renewable energies: 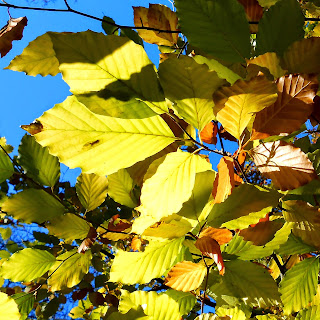 Perv – the sexual deviant in all of us, by Jesse Bering

Author Jesse Bering grew up as an insecure gay boy during the AIDS crisis of the 80s and knows a thing or two about what it feels like to have a sexual orientation that the “silent majority” very loudly disapproves of. Although things in the US and most western countries have changed dramatically since then, he has kept a healthy dose of anger and mistrust against similar moral panics.

He puts his scepticism and scientific expertise to good use in analysing the problems around the people who are as ostracised today as he was in the 1980s, including paedophiles and all those with other kinds of “abnormal” sexual orientations, technically described as paraphilias.

Sexual orientation – a concept which only emerged in the late 19th century – can easily be measured today (the author has great fun describing how it is done with male subjects) and it has become clear that in boys it is fixed by the age of 10. Thus there is no way to cure a paedophile of his orientation, just as one cannot straighten out gay people.

What society could do, but has failed to do so far, is to recognise that people with certain paraphilias have a problem and need help addressing it. Harm reduction, rather than moral, naturalness or normality, is the key issue in Bering’s argument. Podophilia (foot fetishism) isn’t likely to harm anybody, but paedophiles need help to live with an orientation that would inflict suffering on children if they lived out their secret urges.

Currently, society tends to label them evil (contrary to the scientific evidence showing that they haven’t chosen their orientation) and heaps so much shame on them that some resort to child murder rather than risking exposure of their sexual transgression.

A possible solution that the author appears to support would be to allow computer animation material to be produced and consumed. Strictly following the harm reduction idea this would make sense, as nobody is harmed in the production of such footage, and if it helps to reduce actual harm to actual children, it must be a good thing, right? Now try explaining that to the media outlets with the biggest megaphones …

Combining passion rooted in his own experience with an impressive writing talent, Bering has distilled a difficult subject matter into a fascinating book. It may still take a few decades until society (any society on the planet, really) is ready to extend evidence-based policy to the unspeakable issues addressed here. If Bering’s book helps to speed up progress just a little bit, it will be remembered as a huge achievement. 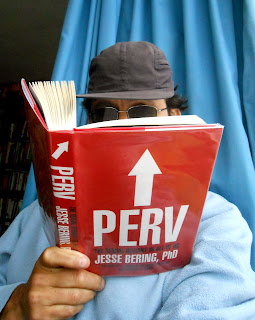 I admit that the cover design is kind of clever, but it might create problems if you do your reading on public transport ...

PS: as I usually do, I also tried posting a version of this review on the amazon UK page of the book. Strangely it hasn't shown up there.

After what I’ve learned this week about manipulation of timelines by facebook, I‘ve decided to freeze my facebook account. This means I will not close it, to make sure my sign-off post explaining the reasons remains visible and people can find the links to my pages on other social sites, but I’ve blocked twitter from forwarding my tweets, so there should be nothing new coming in.

It’s not mainly the fact that the research they carried out on “emotional contagion” was unethical because there was no informed consent, although this was certainly unacceptable. Personally I would have been unlikely to be hit by facebook's mood manipulation, as I rarely check the timeline. It's worrying to think what other uses the site might find for similar "experiments".

What affects me more and makes it pointless for me to share things on facebook are the routine manipulations that were revealed in the wake of the fiasco. From this story I’ve learned why my tweets forwarded to facebook no longer got any reactions: As I didn’t use facebook directly very often, so didn’t put many likes and responses on people’s posts and don’t interact much, I was accorded low priority in people’s timelines, so they were less likely to see my stuff unless they specifically visited my own page (and for those who are ready to put in this extra effort, I’d rather they visit my blog on blogspot).

Which is a vicious circle, really. If you’re not so popular on Facebook, the algorithm will make you even less so by de-prioritising your content in other people’s streams. This is a turbo-charged popularity contest, worse than anything happening in real life.

For regular updates, follow this blog, my twitter, and/or my tumblr - further links are under "VISIT MY" in the margin (underneath the green astrobiology cover). 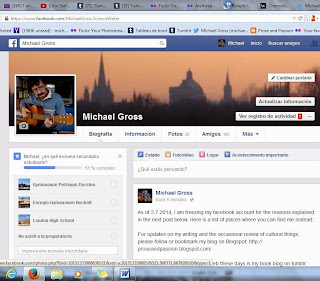 Quote from one of the explanatory pieces in the Guardian:

How many stories is Facebook filtering out, and how? Backstrom explained in August that Facebook's news feed algorithm boils down the 1,500 posts that could be shown a day in the average news feed into around 300 that it "prioritises". How does this algorithm work? Backstrom explained that factors include: how often you interact with a friend, page or public figure; how many likes, shares and comments individual posts have received; how much you have interacted with that kind of post in the past; and whether it’s being hidden and/or reported a lot.

PS: I missed Eli Pariser's book The Filter Bubble when it came out - that would have warned me. A discussion of the Facebook newsfeed in relation to the filter bubble theory is here.
Posted by Michael at 6:00 PM 0 comments