Around harvest time this year, I wrote a feature on how climate change affects wine production (good news for English wines, not so good for French ones), which is out in the latest issue of Chemistry & Industry, and also on the cover (I objected to the grape/great puns but to no avail):

In October, Oxford University marked the 75th anniversary of possession of its own local forest, Wytham Woods, with the unveiling of a blue plaque and a series of special events underlining the importance of the woods as a community resource and basis for both citizen and academic science.

I have written about Earthwatch projects involving Wytham Woods back in the 00s, but not so much recently. The most recent mention I could find in my features is from the 2014 feature about a global deforestation map which is now on open access: 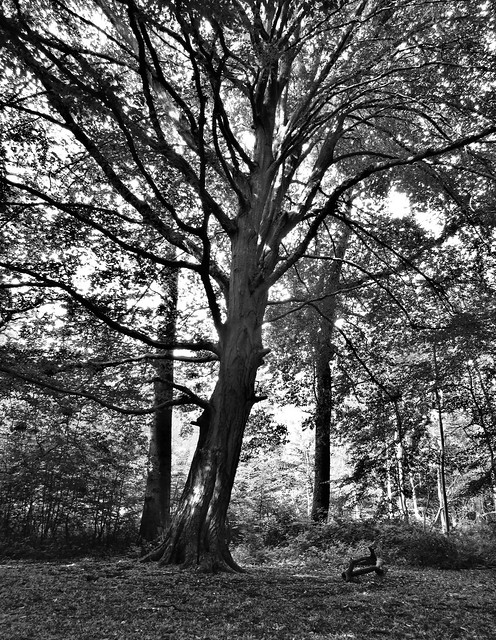 Humpback whales are just people like you and me, as I realised recently when reading a paper about how they learn new tunes. This was one of those moments when hours of leisure time (in this case: time spent in pubs playing wrong notes at the wrong time) magically transform into valuable research. The resulting feature, covering whale songs and folk tunes among other cultural highlights, is out now: 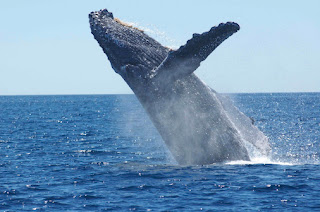 Humpback whales are known for their elaborate songs, which spread through
entire populations by social learning. (Photo: skeeze/Pixabay.com.)

PS there's also a research paper on feeding strategies in blue whales in the same issue, which is why there is a whale shown on the cover as well: 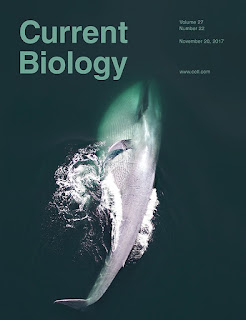 I've rounded up all recordings we have of the Dvořák cello concerto (including two I inherited from my grandad who didn’t play but had witnessed (and photographed) his dad playing cello).

Still space for a few more. Natalie Clein, I’m looking in your direction ... 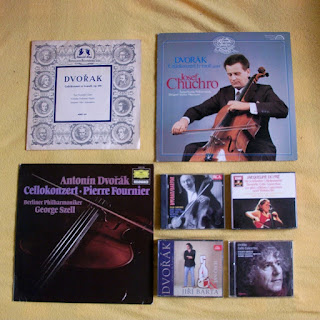 I recently reported about the research on hidden biases that are widespread even among people with liberal / egalitarian worldviews who would find the discrimination resulting from bias unacceptable.

One area where biased outlooks have harmed science is modern genomics. The most interesting revelations about the diversity, history and evolution of our species are to be expected from detailed analyses of African genomes as well as from comparing them to genomes representing the endpoints of the migrations that distributed our species around the world.

Instead, genomics spent its first ten years on sequencing males of European origin like Craig Venter and James Watson. Only in recent years, more than a decade after the first genome, has science begun to do our globalised species justice.

A year ago I wrote a feature on how the study of genomes of the native populations of Australia and New Guinea helps our understanding of human migrations and diversity. This feature is now on open access:

Out of Africa, into Australia

I discovered this sonata via a long rambling path. If I remember correctly, I saw a mention somewhere that Einstein had named his violin "Line" - which resonated as the young musician in the family also assigns names to the ever growing family of string instruments (but not to wind instruments). I asked Paul Halpern, who has written a book about Einstein's friendship with Schroedinger, if he knew what happened to Line, and he referred me to this website about celebrations of Einstein's 125th birthday, where I read:


This lecture was followed by a surprise: a musical event featuring Paul Einstein on violin and Siegfried Räbblen on Piano. Paul, a great grandson of Einstein's is a musician living in the south of France and played on Einstein's violin. The piece was a Mozart Sonata, K304, written in 1778. It is the only instrumental work Mozart wrote in E-minor and its poignancy reflects Mozart's reaction to the news of his mother's death. It was Einstein's favorite.

So I looked it up and found this flute performance of k304 by Ginevra Petrucci and really liked it, and bought the score complete with accompaniment CD. Which turned out to be unnecessary, because as it happened, my flute teacher had just completed her own flute adaptation of the piece. So I worked my way through both movements of her version and am now reasonably happy with my playing, although there are always lots of things left to improve at a later point.

By the way, I don't think it required much virtuosity from Einstein or other amateur violinists to play it - I noticed one could readily play it unchanged on viola i.e. even without the violin's E string, and thus also on cello an octave below. So, if you have a string instrument sitting around, give it a try and release your inner Einstein.

Oh, and for flautists it is of course interesting because it is quite close in time (as well as in the Koechel Verzeichnis) to the two flute concertos.

Next up: a Telemann fantasia ... 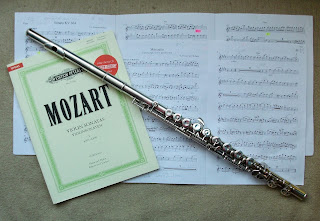 the sound of chemistry

A couple of book reviews I forgot to mention:


Chatel offers a brief introduction into what sonochemistry is for the ‘silent’ majority of chemists, which he presents with commendable clarity. Any chemist wondering whether sonochemistry might be worth trying, should find what they’re looking for in the first half of the book.

(spoiler alert, the second half of the book isn't quite as gripping as the first.)


Nanocomposite materials,
Chemistry & Industry issue 6, page 38.
restricted access via Wiley Online Library
I've reviewed way too many "nano" monographs in the last 20 years, so I am losing patience with them. And this one didn't quite manage to convince me that I want to read more ...
Posted by Michael at 6:20 PM 0 comments

Of the multiple global problems that we are facing in the anthropocene, phosphorus may be one of the more confusing. Some say we're about to hit peak phosphorus, others that it will last a few centuries longer. Then again, we shouldn't really dig up all the geological reserves and pour them into our waterways, because that will lead to eutrophication disasters.

In either case, it would be good to know where the phosphorus is and which way it flows. Based on a better knowledge foundation, we can then perhaps build a more circular phosphorus economy.

All of which is explained in more detail in my latest feature which is out now:


Where is all the phosphorus? 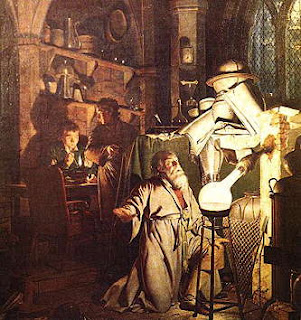 The alchemist Hennig Brand discovers phosphorus, as imagined by Joseph Wright of Derby. Image source
(I used this pic the last time I wrote about phosphorus in Curr Biol, back in 2010, so I couldn't use it again in the feature)