Today marks the start of Fairtrade Fortnight in the UK and a few other countries, so I'll combine this with my regular archive dip and dig up a feature from 2014 on threats to coffee and chocolate, which happen to be two of the fairtrade products which I buy regularly:

Coffee and chocolate in danger 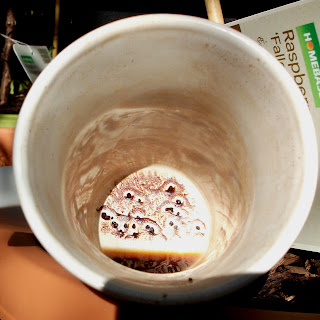 No coffee left (own photo)
Posted by Michael at 11:55 AM 0 comments

Lives lost are met with dramatically different responses in the media and in the general public. One child abducted and killed in a wealthy country can keep the front pages for weeks, while tens of thousands of children perish in humanitarian crises without much notice. Many of the political conflicts dramatically enhanced by the recent US elections boil down to which lives people care more about and which ones less. The unborn vs. the already born, the black youth vs the white policeman, the European native vs the Syrian refugee.

Racism fuelled by vicious scapegoating favoured by certain politicians and media outlets is one obvious reason for distributing empathy inequally. However, there are also some other, more surprising mechanisms at work, like the identified victim effect, which is measurable in that people donate more money to help a single identified victim of crisis than they would if there are several in the same situation. This effect is also one of the reasons why empathy is not always a good guide to sensible political decisions.

I have looked into these issues for my latest feature which is out now: 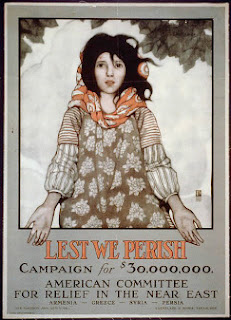 Research shows that empathy responds better to images of a single identified, or at least identifiable, person. While groups of victims may need more support, their numbers rather subtract from our empathy. Charities and political organizations have long used this effect, with ads and posters of individuals, like in this charity campaign from 1918. (Image: United States Government/Wikimedia Commons.)

Many of my features are in one way or another about Homo sapiens - eg how this one species wrecks its home planet in record time. So it's always a welcome relief to report on other animal species that don't destroy their habitat and look at the amazing things they can do.

A year ago I wrote a feature on chimpanzees and the question whether their tool use can be described as culture. This feature has now entered the Open Archive so it's freely accessible here: 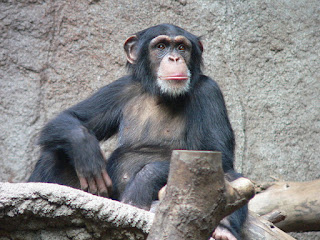 After all the depressing news of Death Eaters taking over the White House and starting to blow up our planet, I needed some cheering up, so I wrote a feature that's a bit of light entertainment (compared to the others), about the magic of marine biology, complete with dragons, unicorns and psychedelic colour schemes. The Harry Potter Universe also provided inspiration for the title:


Oh, and by sheer coincidence, the cover of the issue also shows one of the fantastic creatures I've discussed in my feature, a leafy seadragon : 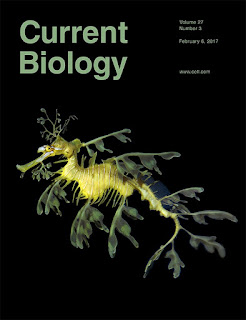 The cover relates to the paper by Connell et al. (pages R95–R96), who use natural CO2 underwater seeps in the southwest Pacific, which represent near-future oceanic conditions, to demonstrate how a marine calcifying animal can in fact thrive in acidic waters due to the increased supply of habitat and food. The image shows a leafy sea-dragon (Phycodurus eques), an iconic marine animal of southern Australia that lives among CO2-affected habitats.