From a paper in the latest issue of Current Biology, I learned that the habit of many people to switch their sleeping hours between a later weekend time and an earlier work / school time is now referred to as social jetlag in the chronobiological literature. The latest research links this seemingly innocuous behaviour pattern to obesity.

The more extreme variant, the lifestyle of shift workers, has been studied in some detail before, and it is well known that it has serious health implications, as our metabolism works according to our inbuilt circadian rhythm, not by our alarm clock and work schedule. I believe that the investigations have led to some improvements and people who want to soften the blow can treat their jet lag with the clock hormone melatonin, but I’m not sure how widely the problem is appreciated among people working variable shifts and among their employers.

The more widespread version of just having your sleep two or three hours later on weekends than on weekdays (equivalent to a return trip across several timezones each weekend) hasn’t been appreciated as a health risk so far, but the authors of the new study describe it as “chronic social jetlag” and show that there is a statistically significant link with obesity, at least for some who are sensitive to weight gain.

Intriguingly, those in the normal range of body mass index (BMI), there was no significant correlation between the number of hours of social jetlag (up to 5 hours – that must be stressful!). For those in the overweight to obese range however, the BMI appears to correlate positively with social jetlag above 1h.

There are some very obvious measures that could reduce this problem instantaneously, for instance, adapting school hours to the (typically late) chronotype of teenagers, but will anybody pay attention? I doubt it. Personally I’m in the clear – my weekend timeshift is typically less than half an hour, and I’m not overweight anyway. 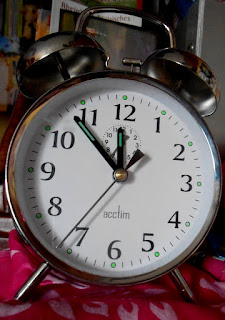 Back in the late 90s, I was working with some model peptides which I had designed for use in studies of nascent protein folding, but they kept aggregating. Chris Dobson suggested to check whether the aggregates had the hallmark featres of amyloid, and indeed they had, so I slipped into the study of amyloid, which is the kind of tangled protein aggregate one finds in Alzheimer's disease, BSE, and Parkinson's. Quite a few others did at the time, as many proteins and peptides had the ability to form these structures, even if their native states had no disease association whatsoever.

I haven't done much about amyloid since publishing my last research papers, but recently spotted a few papers that looked promising both for the understanding of amyloid formation and for the treatment of Alzheimer's disease, so I wrote a feature about these things, which is out in Current Biology today. 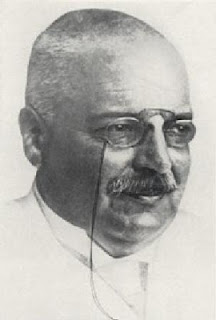 one of our current chamber music projects is the Duet no. 1 by Beethoven (originally written for clarinet and bassoon). Maybe if I practice hard for a year I can learn to play it at half the speed. Anyhow here is what the first movement should sound like
Posted by Michael at 3:37 PM 0 comments

I managed to catch the final of the BBC competition Young Musician of the Year on Sunday and was completely blown away by cellist Laura van der Heijden’s rendition of the cello concerto by William Walton. OK, I’ll admit my ignorance and confess that I hadn’t known this concerto before. I realised very quickly that I had missed out on something rather spectacular. Laura duly won the competition – I have no idea how they make comparisons between musicians from completely different instrument groups, but I reckon her choice of an underappreciated but utterly wonderful concerto may have helped, as the other two finalists had chosen more middle of the road composers.

Anyhow, come Monday morning I fired up the computer and internet hoping to find a few more knowledgeable people spreading some insight and enthusiasm about this event and found … nothing. On the BBC website, a search for the name of the young cellist yielded some links to a footballer with a similar name. Searching for the name of the competition yielded the page where you can watch it on the i-player, but not even a statement of the result of the final. At least the Wikipedia page of the cellist had been updated but that may have been done by a family member.

One blogger discussed the event and also bemoaned the lack of impact. Apparently, not a single newspaper in the UK covered the final. Never mind the fact that she won a competition which only happens every other year and may well set her on a course as a successful recording and performing soloist, of which there aren’t all that many (it certainly didn’t harm fellow cellist Natalie Clein to win the competition in 1994), I would have thought that the way that Laura played that concerto at age 15 and a few weeks should have been worth reporting.

At 12:28 the BBC website got out of bed and bothered reporting the event that the corporation itself had broadcast from 6 to 8pm the day before. It was duly tweeted as “breaking news” on the BBC’s breaking news twitter feed. Only 16 hours late.

I hear that on the same weekend, a somebody with their dancing dog won Britain’s Got Talent. I reckon that the result of this competition was reported in every single newspaper, and many of them will have put it on the front page. Not to mention that the prize money at BGT is several orders of magnitude higher than at young musician of the year. And where is the recording contract for Laura (in analogy to the usual arrangements on X factor and similar competitions)? I would buy the CD of the Walton concerto immediately.

I am sure that Britain has got a lot of talent, but right now I am getting very depressed about the way in which Britain does or doesn’t recognise its talent, and about the message that this is sending out to young musicians. 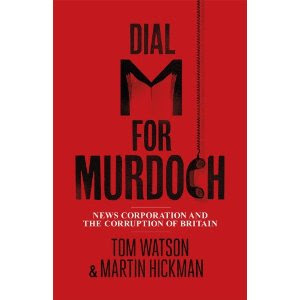 My latest feature in Current Biology looks at some protected areas and which measures help to actually protect the threatened species in them. Examples feature Earthwatch research in Madagascar and Belize, as well as the work of Save the Elephants in Kenya.

Full text is freely accessible here (NB: my features remain on free access only until the next issue appears, i.e. normally 2 weeks, sometimes 3, and they return to free access a year after publication) : 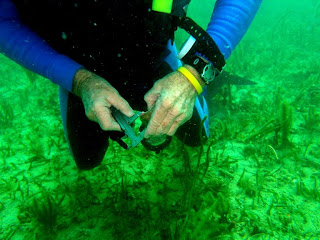 I'm loving the new Shakira video, which was released just a few minutes ago:

and that wasn't a foregone conclusion, I could name one or two that I hate :) In this one, I'm loving the hat, in particular.

Now for the fun part, watching how UK music channels will completely ignore this. Living in the UK one can quite easily forget that this woman is quite successful in the rest of the world.