I have covered the growing danger to coral reefs a few times in my articles, but this time round I'm going one step further and focusing on the question of what, if anything, science can do to save them. Can we support their migration to cooler habitats? Breed supercorals? Should we?

I've explored these issues in my latest feature which is out today in Current Biology:


NB with all the excitement about bleaching and temperature resistance, I may have forgotten to mention that overfishing is also a significant threat to corals in some parts, as they depend on grazing fish to clear away algae. 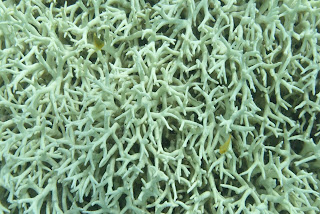 Corals after a bleaching event at Lizard Island on the Great Barrier Reef. (Photo: Justin Marshall/CoralWatch.) 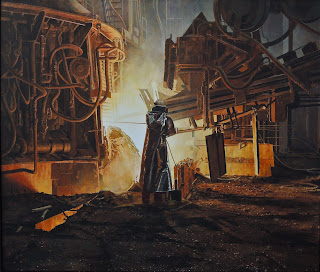 Here's the press release from the museum (seems to be available in German only, sorry!):

In the roundup of German pieces published in June, we have biotechnological uses of algae, burning barbecues, hydrogen bonds, and circadian clocks:

how Romanian lost its romance

I taught a workshop at Bucharest recently and just before the trip I discovered an old French book about the Romanian language at an Oxfam store, so I read much of it on the way there, and found it really intriguing. As the book is probably out of print, I’ll summarise some of the points I found interesting.

Latin heritage: The area was only under Roman control for a century and a half (106-275) – and the Latin derived language only became prevalent after the Romans left. The invasion of the Huns in 375 and destruction of the towns drove the Latin-speaking townsfolk out to the countryside, where they mingled with the peasants who spoke a Thracian language related to modern Albanian, and from this encounter Romanian was born. Then, the language was fairly isolated from the other Romance languages, and thus kept old-fashioned terms when medieval Latin changed and passed those changes on to Italian and French. Intriguingly, the Iberian languages, on the other end of the continent, retain some of the same old-style expressions, so they sometimes resemble Romanian more than the geographically closer languages Italian and French. For instance, when Latin, French and Italian switched from mensa to tabula for table, the peripheral Romance languages in Iberia and Romania didn’t get the memo, so we have mesa in Spanish and Portuguese and masӑ in Romanian.

German influences include cartof (Kartoffel) for potato, and halba (Halbe) for half a measure of beer, and a word derived from “Schmecker” for their argot. The name of the region around Bucharest, Wallachia, derives from the Germanic word for non-Germanic people, as in Welsch, Wallon, Welsh, etc.

Alphabet: Romanian used the Cyrillic alphabet until 1860, which it had originally adopted from Bulgarian for complex reasons linked to the shared orthodox religion.

Later however, Romanian reconnected with French and got many words from modern French (eg bej, ruj, coafor, creion …), as well as lexical and grammatical influences from Hungarian, Turkish, and Slav languages, often even within the same word. So it ended up as a unique mixture not just of several language influences but also of languages from unrelated families, and with connections all across Europe. 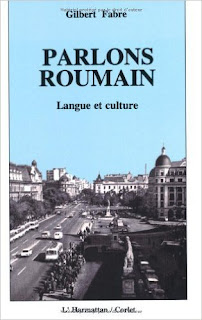 PS - a quick check on French amazon revealed that it is available as an e-book as well as second-hand. Plus, from the same series there are books about dozens of other languages, mainly those not so commonly taught, so this is a huge temptation. (Lots of them have the same title with only the name of the language exchanged, so you find them easily with the search terms: parlons langue culture. However, there are also recent deviations from the pattern, eg Parlons slovaque, une langue slave, from 2009)

I have on various occasions used the statement that we know the surface structure of Mars in greater detail than that of the sea floor on our on planet, and I understand that it is still true overall, but oceanographers are now working to close that gap in our knowledge. Just over 100 years after bathymetry, the science of measuring the depth of the oceans, and thus the topography of the sea floor, began in earnest, experts now met to lay out plans for future progress in exploring what's under the water. This knowledge is important not just for seafarers and fishing industries, but also for the safety of landlubbers in the face of sea level rise and tsunamis.

How deep are the oceans? 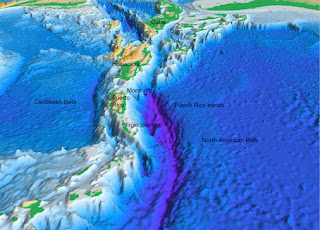 The combination of advanced sonar and satellite technology can produce high-resolution 3D models of seascapes like this one in the Caribbean. However, for much of the sea floor, there is still insufficient data. (Source: http://pubs.usgs.gov/of/2004/1400/).