O: The intimate history of the orgasm
Jonathan Margolis
Century, 2003

Every one of the seven billion humans alive today, as well as everybody who has lived before, owes their life to at least one person having an orgasm, as Margolis points out at the end of this book. (Although twins and sperm-donor children may have to share one, I might have added.) When it’s off its reproductive duty, the orgasm is free and healthy, though short-lived fun accessible to most people. So why have dominating cultures and religious creeds demonised it for centuries, insisting that women should feel no sexual pleasure at all, and men should limit theirs to procreation?

Following the cultural history of sexual pleasure – for which he uses “the orgasm” as a shorthand – Margolis gives a broad overview of the shifting attitudes towards it. His history starts off a bit shakily with speculations on stone-age sex, where he repeatedly admits that we don’t really know what went down, but then continues to speculate anyhow.

The writing gets much stronger as soon as the killjoy tendencies of the Christian church start to kick in, which he contrasts with the more liberal attitudes in other cultures including ancient China and India. Margolis argues convincingly, for instance, that the restrictive sexual morals of the catholic church, gradually getting worse as its power grew, also infected other cultures and religions, which started out with a much more relaxed attitude than they have today.

The general perception is that this anti-orgasmic ideology peaked in Victorian times and that things have gradually improved since then, with things like the Kinsey report, the Lady Chatterley trial, and the pill representing the much-cited milestones on our way back to a more natural and reasonable attitude to our own reproductive biology.

Arriving at the present day, one is tempted to think we live in the best of all times and have overcome most of the religious hang-ups. Except that fundamentalism is on the increase, and some of today’s dominating cultural forums play by rules that are downright Victorian. For instance, no breastfeeding pictures are allowed on facebook, and a female nipple on a cinema screen is deemed off-limits for children (who, on the other hand, are allowed to watch people getting murdered). So I wouldn’t quite share the author’s optimism that we’re at the beginning of an age of enlightenment. Things can slip back fairly quickly.

There isn’t much new material or original thought in this work, and it could have done with more thorough editing, but there are lots of lovely quotes and factoids to enjoy along the way, from the pharaohs’ duties in fertilising the Nile with their own seeds to J. Edgar Hoover’s admission that the FBI is powerless against the almighty “oral-genital intimacy.” I am particularly grateful that the author mentioned a book from 1839 with the intriguing title The women of England: Their social duties, and domestic habits. I found that it has actually been re-issued recently and is available to buy.

Thus, as a “review” drawing on a vast range of sources, O is certainly worth reading. 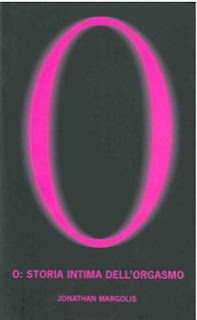 Cover of the Italian edition - very similar to my English edition though.

PS: It is really weird that I seem to have missed this when it came out, especially as I translated/edited Lust and Love in 2004/05, so would have had my eyes wide open for related works. I think it must have been comprehensively ignored by the media around here. I only discovered it a month ago in one of those bookshops where every book is £2. So it was cheaper than the Saturday edition of our newspaper, come to think of it, and it's very good value at that kind of price. 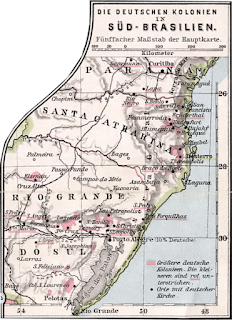 The official publication date for the German edition of Astrobiology - A brief introduction is today (though amazon.de hasn't updated the page yet). Below the picture is a snippet from the preface. 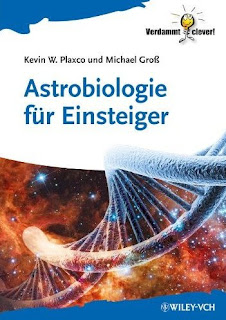 I used to think that our civilisation's lack of knowledge of the deep sea was just embarrassing - as often summarised in the statement (still true, I think) that we know the far side of the moon in greater detail than the sea floor. However, in the course of research for my latest feature, I realised that it is downright dangerous.

The bottom of the ocean is the boundary between the Earth's crust, which is reduced, thus may contain large amounts of methane, and the oxygen-bearing oceans. Microbes ensure that the methane reaching the boundary gets oxidised and metabolised. If it escaped this process and managed to rise to the atmosphere, a climate disaster would hit us that might be even bigger than the one we're currently producing ourselves.

And yet we have very incomplete knowledge of the chemistry going on in sea floor sediments, as two recent, completely unexpected discoveries have revealed - one demonstrating novel redox biochemistry with S(0) intermediates, the other electron transport through bacterial filaments. 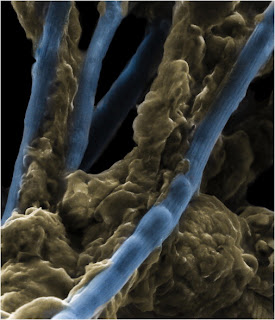 the articles published in German this month cover innovative toilets, non-ribosomal peptides, and the story behind this year's chemistry Nobel (G-protein coupled receptors).

PS Oh, there's also a book review in the special review section of the "in unserer Zeit" journals:

For my recent feature "Felids fighting for survival" I established contact with the conservation charity Panthera, which specialises on felines. Panthera has now released a new video from the field of a snow leopard mother and cubs in Tajikistan.

Their description: "In true holiday form, the footage shows two snow leopard cubs licking and pawing icicles, attempting to climb a rock, playing, etc. Along with the interactive nature of the footage (and the awww factor), our scientists were pleased to find that it also potentially indicates that a healthy, breeding snow leopard population exists in the Jartygumbez Istyk region of Tajikistan’s Pamir Mountains."

is thorium the answer?

My long essay review of the book:

I didn't know anything about thorium reactors before reading this book, but thought the author made a convincing case. Most intriguing, however, is the unravelling of the history of nuclear technology and the reasons why the reactor type predominant today was chosen. I think it's a fair summary to say that all of them were bad reasons, and a lot of them had to do with military considerations.

A snippet from my review: "It is always interesting to trace back the evolution of technology and work out why one route was taken rather than another. Why did petrol knock out ethanol fuel, when today we’re going back to ethanol? Why did planes that are heavier than air take off and leave the zeppelins behind? In the case of thorium liquid fuel reactors versus pressurized water reactors with solid uranium rods, Martin argues convincingly that the decisions favouring the latter type of technology were made for all the wrong reasons and that they blocked a technology that would today come in very handy as a green solution to the challenges of climate change and energy security."

For balance, note also that Stephen Ashley et al. say in the current issue of Nature that the arms proliferation risk of the thorium technology isn't as small as its proponents claim (Nature 2012, 492, 31). 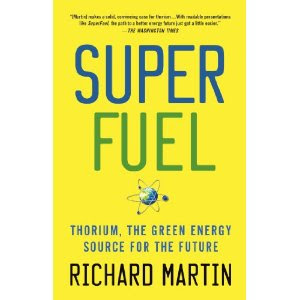 Something very scary happened in western Iran around 5000 years ago. People started using a writing system for their bookkeeping, used and developed it for a few centuries, and then stopped writing.

The system they used is called proto-Elamite script, it is obviously inspired by Mesopotamian cuneiform but has mostly developed its own symbols, which aren't completely decoded yet. Decoding it further may help to explain how and why people fell back to illiteracy.

I interviewed the leading researcher specialising in this script, who happens to be based in Oxford, and wrote a feature which is out in Current Biology today. And, writing for biologists, I've given the story a bit of a biological spin, hence the title:

The evolution of writing 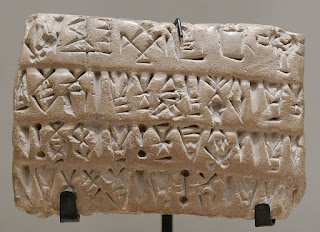 Photo of a proto-Elamite tablet from the Louvre, Paris © Marie-Lan Nguyen / Wikimedia Commons

Vermeer's Hat: The seventeenth century and the dawn of the global world by Timothy Brook

I raved about this book a few years ago after reading just a review of it - I was so jealous of the idea.

Years later, after laying hands on an actual copy and actually reading it, I'm not quite as excited any more (it may be a sign that I forgot to post the review here after I wrote it in May and posted it on amazon).

The author uses the compact and widely known oeuvre of Vermeer and, particularly, the objects pictured in it as a window into the 17th century world. (Very fittingly, as windows (or more likely, the same window) often feature in these pictures.) There is some great storytelling and intriguing connections between Old Europe, the New World, and China, which in this day and age we are very prone to interpret as the "dawn of globalisation."

I was a little disappointed, however, to find that Brook didn't stick with Vermeer - of the eight works he discusses, only five are Vermeer paintings. As an expert in Chinese history, the author is ultimately more interested in the global trade routes in the 17th century than in Vermeer, and he only uses the painter as a tool to popularise his academic discipline. Of course he has every right to do so, but I'd still be interested in a book that tries to shed light on the story of every object of every single Vermeer painting. There aren't that many, so it should be possible.