Blogger no longer allows me to switch back to the "classic" version, so this is my first attempt at writing a blog entry with the new one, and anything could happen. I'll stick to the important info:

My latest feature is about the evolution of lichens. Recent findings suggest they are more recent than thought (which is disappointing from an astrobiology perspective as it means they didn't pioneer the vegetation on dry land), but their evolution was also more complex than thought, with the symbiotic link being made and broken and remade in some lineages, which called for the lovely title (which I nicked from the press release, and amazingly nobody else did that before me): 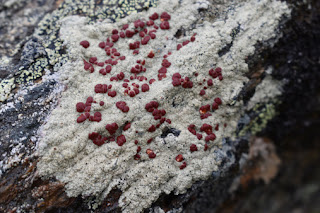 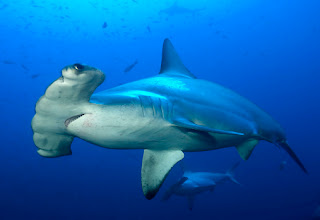 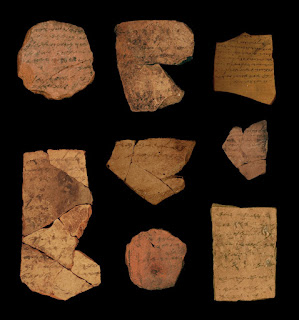 In Ancient Giant Viruses Lies the Truth Behind Evolution of Nucleus in Eukaryotic Cells
An exchange of genetic material that occurred when ancient giant viruses infected ancient eukaryotic cells could have caused the nucleus of the eukaryotic cell--its defining feature--to form. This is what Professor Masaharu Takemura of the Tokyo University of Science, Japan, suggests in his recent review in the journal Frontiers in Microbiology. His novel evolutionary hypothesis opens doors to new discussions on the subject, bringing us one giant step closer to the truth.

New insight on the impacts of Earth's biosphere on air quality
specifically, this is about the distribution of isoprene in the atmosphere.

At least 28 extinctions prevented by conservation action in recent decades

New tracking technology will help fight rhino poaching in Namibia
Interactive software that 'reads' and analyzes footprints left by black rhinoceroses can be used to monitor the movements of the animals in the wild, giving conservationists a new way to keep watch on the endangered species and help keep it safe from poachers, according to a Duke University-led study. 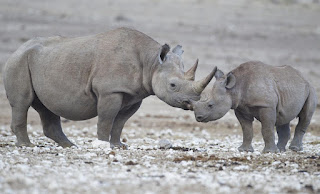 A black rhino and its calf; new technology that uses software to read unique features of rhino footprints will help protect this endangered species from poachers.
Credit: WildTrack

A chemist from RUDN developed a new type of one-molecule thick water-repellent film
... out of calixarenes, to be specific.

Do as plants do: Novel photocatalysts can perform solar-driven conversion of CO2 into fuel

New fossil ape is discovered in India
A 13-million-year-old fossil unearthed in northern India comes from a newly discovered ape, the earliest known ancestor of the modern-day gibbon. The discovery fills a major void in the ape fossil record and provides important new evidence about when the ancestors of today's gibbon migrated to Asia from Africa.

Thailand's cave angel fish, Cryptotora thamicola, is famous for its ability to walk, using a salamander-like gait. But it may not be alone: At least 10 relatives share its unusual pelvic shape.
Credit: Zachary Randall/Florida Museum

International study gets at the root of what makes deer migrate
Researchers found that the dynamics of springtime plant growth, specifically whether green-up progresses like a wave or not, explain where deer migration occurs in many ecosystems.

Gulls pay attention to human eyes
Herring gulls notice where approaching humans are looking, and flee sooner when they're being watched, a new study shows.
For a moment I thought the gulls were checking if you're watching your food ...

Lost frogs rediscovered with environmental DNA
Scientists have detected signs of a frog listed extinct and not seen since 1968, using an innovative technique to locate declining and missing species in two regions of Brazil.

High-intensity focused ultrasound _treatment_ for prostate cancer: First US study shows promising outcomes
The title originally didn't make it clear, but this is a new method of treating the cancer, instead of radiation or chemotherapy. It's not about diagnostic ultrasound.

Recharging N95 masks for continued usage
N95 masks achieve 95% efficiency at filtering out 0.3-micron particles, while maintaining reasonable breathability, thanks to a layer of polypropylene fibers incorporating electrical charges to attract particles. Extended usage and decontamination, provoked by severe shortages during the pandemic, can easily remove the charges and degrade filtration efficiency. In Physics of Fluids, researchers share a method to restore the filtration efficiency of N95 masks to out-of-box levels, as long as the mask is not structurally compromised.

Could singing spread COVID-19?
wear a mask, skip the consonants

Oxford Covid vaccine trial on hold after adverse reaction in one participant.

Not much going on today, apparently:

A new twist on DNA origami

'Wild West' mentality lingers in modern populations of US mountain regions
Scientists looked at links between the personality profiles of over 3.3m US residents and the "topography" of 37,227 ZIP codes. Distinct psychological mix associated with mountain populations is consistent with theory that harsh frontiers attracted certain personalities. Researchers argue this may be residual from US frontier expansion during the 19th century, as personality pattern is strongest in the West.

the biggest bang since the Big Bang

and an essay written by a robot. Scary stuff.

Vultures are still suffering from image problems in many cultures, due to their association with death and decay. We should really appreciate them a lot more, however, as their removal of carcasses is an extremely important and valuable ecosystem service. India has lost large parts of its vulture population in recent decades and is already feeling the consequences which include opportunistic mammalian scavengers such as rats and feral dogs spreading diseases that also affect humans, such rabies and the plague. And now Africa is at risk of a similar decline in vulture populations, which could have even worse effects there.

In my latest feature I have looked at the causes and effects of vulture declines around the world, and also marvelled at the different cultural associations we have with various species. The Andean condor, for instance, is also a vulture but doesn't appear to have the same image problem as the other species. 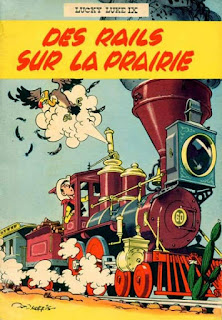 Vultures are having a hard time in the Lucky Luke comics, too - targeted by jokes if not by bullets ...


If reading the feature is too much work, there is a video about vulture conservation here.