whatever happened to the Orient Express?

The EuCheMS chemistry congress will take place in Istanbul next year, so I was wondering whether I could go there by train. The SNCF website says it doesn’t sell tickets to that destination. Deutsche Bahn can’t tell the price, but at least it gives me a connection.

Travelling from Frankfurt, it would take three nights, two days (55 h 50 mins total duration), and five changes to get there:

The first train, EN421 comes from Cologne, so the connection also works from there, as well as from other German stations including Bonn, Koblenz, Mainz, Würzburg, Nürnberg, Regensburg, Passau.

Deutsche Bahn very kindly gives me a connection from Paris as well, although it doesn’t even cross German territory. I could take a TGV Paris to Zurich, direct night train Zurich to Budapest, and then it’s the same as above for the rest of the journey (total: 60 hours). From London it recommends going via Brussels and Cologne, 63 hours.

I think the last change in Dimitrovgrad is where they lost me. I wouldn’t actually mind travelling three nights in a row and having some time to look at the cities in between. But Dimitrovgrad, population 38,015, not to be confused with the eponymous town in Russia, sounds random and a bit scary.

Whatever happened to the Orient Express? (I looked it up, the short answer is, it ceased to exist, the long answer is on Wikipedia.) Shouldn’t there be a direct line across Europe, linking all those new member states?

So, well, maybe I’ll skip this conference. Unless somebody has a bright idea? Are there any prospects for improvements in Bulgarian railways? 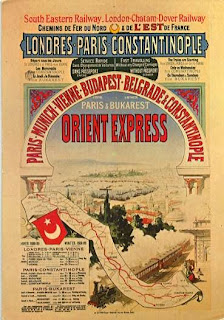 Just one article out in German this month, which is about the surfactant protein latherin from horse sweat:

An English version of this story appears here.

how cereals tricked us

In my latest feature, out today, I looked at the origins of agriculture. People like to think that it was an invention in the sense that neolithic hunter-gatherers "invented" farming and found it more efficient so switched from food-finding to food production.

However, recent research has shown up a massive paradox in this narrative. For the people concerned, farming wasn't a better way to make a living than foraging. If anything, they had to work harder for less reward. Also, the feat of "domestication" wasn't a clever trick devised by early plant breeders. Rather, people harvested the grains they liked and took them home, and unwittingly exerted selection pressure that changed the species they ate.

When birds spread plant seeds by eating berries, we tend to credit the plant for recruiting the animals as helpers in their own reproduction. After writing this feature I arrived at the conclusion that the origin of agriculture was very similar. Barley tricked humans into spreading its seeds around the world.

The paradoxical evolution of agriculture 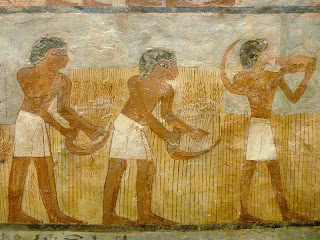 life and times of Ginkgo biloba

Some species have apparently changed very little in hundreds of millions of years and are sometimes called "living fossils". One of them is the ginkgo tree, whose reproductive strategy is older than both conifers and flowering plants. Ginkgo trees very similar to those around today cast their shadows on the first and the last of the dinosaurs, which I find quite mind-boggling.

I've written a short essay review on the book

Ginkgo: The tree that time forgot, by Peter Crane,

which is out in the August issue of Chemistry & Industry, page 49.

hopes and fears for coral reefs

My latest feature in Current Biology is on the recent findings of resilience in coral reefs, and the continuing threats they face:

Hopes and fears for future of coral reefs