the ongoing deforestation of our planet is a major crisis, but it's not only about the loss of forest area. The biodiversity is important and endangered too, and recent analyses suggest it gets too little attention. Hence my latest feature:

How can we save forest biodiversity? 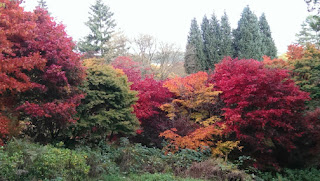 Forests with a rich mixture of species not only look more interesting, they are also more productive and can thus better protect us from climate change. (Image: Deborah Taylor.)

the end of the world

it is the end of the world as we know it, and it may lead to the end of the world full stop. Children born this year have a theoretical life expectancy that would take them close to next century, but I'm now fairly sure that our civilisation will not survive that long. Rather than adding to the general tsunami of comment, I'll just compile a few links here, both to my own earlier articles and to recent opinion pieces that I found helpful. (last updated: 25.11.2016 - updates will appear at the top of the lists)

Mon 9.1.2017 my feature on the trumpocalypse and the post-truth world is out now.

"Hitler's only kidding about the antisemitism" New York Times, 1922

Naomi Klein: It was the Democrats' embrace of neoliberalism that won it for Trump

Gloria Steinem: After the election of Donald Trump, we will not mourn. We will organize

Simpsons writer says President Trump episode was 'warning to US'

My features on related topics: 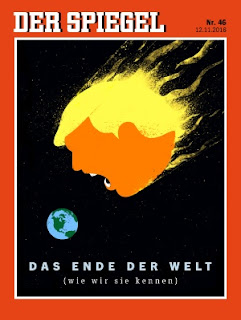 Cover of the first issue of Der Spiegel after the election.

Edison-style incandescent lamps have disappeared from the shops. The energy-saving compact lamps that replaced them are also likely to go, and are already being replaced by even more energy-efficient LED lamps. But is this the best solution, the ultimate light bulb? Will they last as long as Edison's bright idea? In my latest feature for Chemistry & Industry magazine I looked into new developments in lighting technology:

What a bright idea 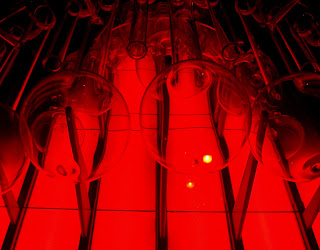 an installation of lights and chemical glassware in the windows of the Wellcome Collection, London (own photo).

In the same issue on page 38-39, there is my review of the book "Bananaworld" by Jeffrey Bub (premium content).

After rapidly developing the second and third generation sequencing methods that make it feasible and indeed affordable to sequence many human genomes, research has been slow to turn to address human genetic diversity (most of which is in Africa, not between the arbitrarily defined "races") and the migrations in which our ancestors spread out around the globe. Even though extinct relatives including Neanderthal and Denisovan have had their genomes published years ago, it's only now that Australia and Papua New Guinea are receiving adequate attention. The genomes of their indigenous populations cast a unique and revealing spotlight on the history of our species. 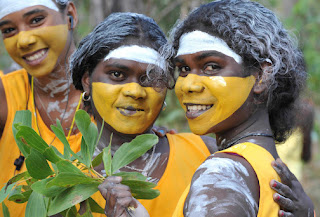 Since modern humans expanded into the Australian continent some 40,000 years ago, they developed a rich landscape of cultural and linguistic diversity — until the arrival of the colonialists who failed to appreciate their ancient civilisation. (Photo: © Wayne Quilliam Photography/Yothu Yindu Foundation.) 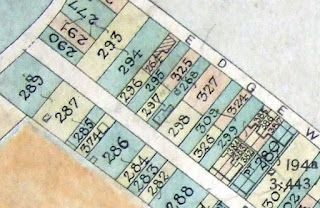