knickers in a twist

I'm still struggling to understand the discussion about upskirting that's been raging around here - can't really imagine that any photos taken that way will be of a quality that could get anybody excited. Also, if a paraphilia focused on such pictures exists, it won't help to send the people affected by it to jail. (If anybody asked me, I'd just suggest to un-invent smartphones and selfie-sticks.)

Wikipedia seems to think that underwear fetishism is not in fact a paraphilia, which explains why it doesn't turn up in this list of paraphilias. (Which serves as a reminder that deviant desires can be a lot worse than the issue in question. There are more than 500 that have a name, and I spotted some that involve rape, cannibalism and other horrible things.)

Still, the whole area is still insufficiently understood, and our society, which only recently stopped regarding homosexuality as one of these perversions, is poorly prepared to deal with the issues which in some cases can become a life-and-death problem.

So I guess my 2014 feature on paraphilias may still be a useful starting point for those who want a scientific angle on these things:

For anybody who wants to spend more time on the issue I recommend the book that inspired the feature, namely

Perv - the sexual deviant in all of us, by Jesse Bering. 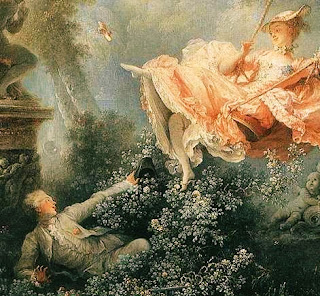 Detail of "The swing", by Fragonard - just paint a smartphone into the guy's hand and it's totally up to date ... (Still on view at the Wallace Collection, London, but who knows for how much longer?)


PS re. the title of this post - I love female-specific metaphors, so I'll take any excuse to let my hair down and get my knickers in a twist ...

We were treated to an amazing concert from the Palestinian/Galician singer-songwriter Najla Shami (with guitarist Sérgio Tannus) this week, organised by the university's Galician Studies Centre as part of this year's Forum for Iberian Studies.

I do love a bit of Arabic influences mixed into my music (see also: Shakira), and I may have lost count but I think I heard Najla singing in seven different languages that evening, so this hit all the right spots. Oh, and she's an amazing singer as well.

So, anyhow, here are some videos with the some of the songs she played here:

There's also lots of good stuff on her SoundCloud page.

And here are a couple of photos I took towards the end of the show: 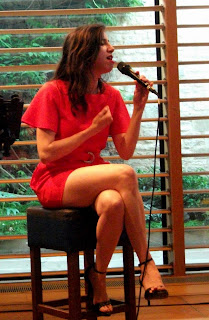 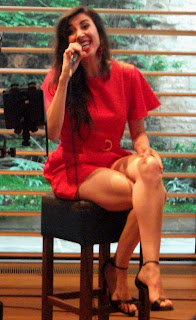 I've always been obsessed with languages (Romance ones preferably, but will also consider others), so it's only natural to take any opportunity to write about science-language interface. There haven't been all that many (the 2012 feature on the evolution of writing and my ancient paper on the linguistics of protein folding spring to mind), but recent work on ancient DNA has yielded a good excuse to revisit the family tree of Indo-European languages, comparing results from archaeology, genetics, linguistics and cultural history. 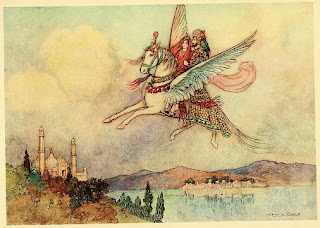 Statistical analyses can show that ancient fairy tales have likely evolved from common ancestors of the Indo-European language groups or even from the culture that spoke the Proto-Indo-European language. (Image: From The Folktales of Bengal illustrated by Warwick Goble.)
Posted by Michael at 9:05 PM 0 comments

When I prepared the blog entry for the fusion feature, I realised I forgot to toot my horn for the previous one which was about desalination of sea water. So without further ado, here goes:

I can send the PDF file, just drop me a line.
Posted by Michael at 3:46 PM 0 comments

I really should go out more and explore more of the exciting science going on all around me, so it was a great opportunity when I was asked to write about new approaches to fusion energy, as there is a start-up company doing that up the road in Yarnton, called First Light Fusion.

So I visited them and marvelled at their huge supply of gunpowder (some seriously old technology used to facilitate the new ones) and at the workshops where they are building what could become a revolution in energy technology. We'll see.

A new dawn for fusion energy

I can send the PDF file, just drop me a line.

and here's a sneaky preview of the first page: 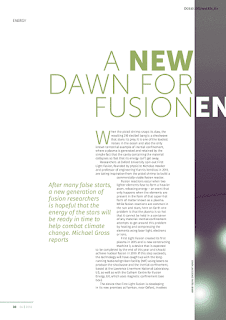 A year ago I immersed myself in virtual reality for my feature on the use of VR technology in science and medicine. While this was all very interesting and impressive, I haven't felt the desperate need to put the goggles back on in the twelve months since. Real reality is hard enough to keep up with ...

Anyhow, my VR feature is now in the open archives, so you can immerse yourself completely free and maybe get ideas for virtual realities you want to explore ... 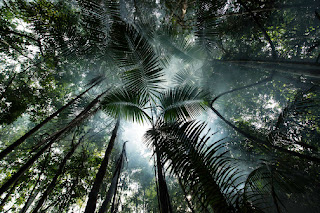 Life in tropical environments like the Amazon rainforests can also be experienced through VR. (Photo: Valdemir Cunha/Greenpeace.)
Posted by Michael at 6:18 PM 0 comments

life in the city

Urbanisation may well be the most dramatic global change happening today, with obvious effects on environment and wildlife. One aspect that biologists are only beginning to appreciate is that this is a large scale pseudo-experiment with similar alterations of habitat happening in many places, across climate zones, so it makes sense to study how those species that don't disappear on impact cope with the change and adapt to life in the city.

Urban ecology as a steady state has been studied for a while, but the scale and evolutionary nature of the adaptation to city life is only beginning to be appreciated, and the field still has some catching up to do to make the most of this unprecedented global experiment that has already begun.

My feature covering all this is out now in today's issue of Current Biology:


Adapting to life in the city 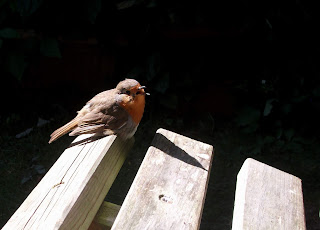 story in the Guardian about Rob Dunn, whose work on the biodiversity inside our homes is mentioned in my feature.