After reading the interesting review of the book: Motherlands: in search of our inherited cities by Amaryllis Gacioppo, where the lost cities the author revisits are Turin, Rome, Palermo and Benghasi, I thought I should start a reading list of books relevant to my #lostcities series. So here goes, item one: 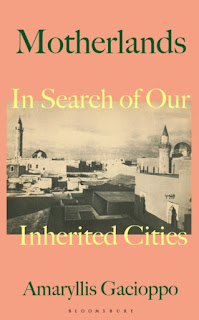 Motherlands: in search of our inherited cities
by Amaryllis Gacioppo
Bloomsbury 2022

I'm sure I can think of more examples once I find my thinking hat. I'll just post this as a nucleus, suggestions welcome.

I've reviewed two very different books for C&I in recent months, and as it happens the two reviews appear side by side in the July/August issue, pp34-35.

Which I am pleased to see has found a lot of attention elsewhere too, so you may already have heard about it or even read it. If not, do. 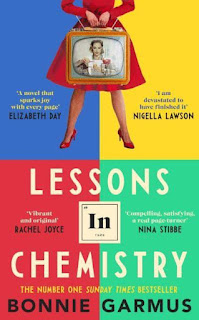 And secondly, an account on how meteorites impact life on Earth and especially humanity:

Meteorite impacts are of course hugely important for astrobiology, while some of the pop culture things that the author obsesses about are not, so for a more sober account of the actual science of meteorites, I might turn to Colliding worlds by Simone Marchi instead, which I reviewed recently, too. Impact might attract some who are intereted in the quirkiness though. 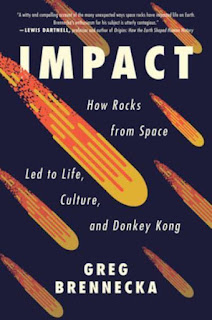 In 1904, my adventurous great-grandfather Julius (born in May 1883) signed up to serve in the colonial war against the Herero and Nama in the area now known as Namibia, but soon caught a tropical disease and was sent home, arriving back in March 1905. He was rumoured to have witnessed terrible things there but as far as I know didn’t tell anybody any details.

In recent years, the operations under the command of general Lothar von Trotha have been increasingly described as genocide and discussed as foreboding of the Holocaust (eg by David Olusoga), although earlier accounts saw no more than the ruthless suppression of a rebellion against colonial rule.

Uwe Timm’s account of the events is half fictional, half documentary and dates from the time when the war was described in more forgiving terms. It contrasts the perspective of a (fictional) naïve and relatively innocent veterinarian serving the German troops, with lengthy extracts from contemporary documents.

Reading the sources with their original racist language and all the rest of it is disturbing at times and could lead the reader to condemning colonialist attitudes. Then again, I suspect any reader thinking that colonialism was a good thing could take those sources as the good side and the veterinarian as the crazy outlier. I suspect the fact that the book has now been re-issued (with a new afterword by Green politician Robert Habeck, no less) after the views have shifted shows that the format allows it to move with the times and allows readers to pick and choose.

Considering that Jacob Morenga, an important leader of guerrilla warfare after the Nama joined the rebellion in 1904, lends his name to the book title, we don’t learn all that much about him. I suppose the idea behind the title is that he is essentially the phantom that haunts the German troops, but a book that is actually about him, showing the other side of the front lines, might also be interesting. 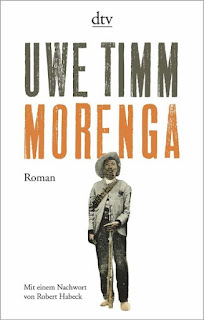 PS: I'll collect some other materials relevant to this here:

anosmia gets a boost

Anosmia - the loss of smell - was a neglected condition until Covid-19 came along. Then the loss of smell as a diagnostic criterion, and also as a lingering long-term consequence of the disease rose to prominence. While devastating for all concerned, this sudden increase in awareness of the condition and interest in research into it may have a happy ending in that it could lead to better understanding of the mechanisms and more effective treatments.

So I've taken this silver lining as an opportunity to revisit smell science and Covid, now combined under the banner of anosmia. The resulting feature is out now:

In search of lost smell 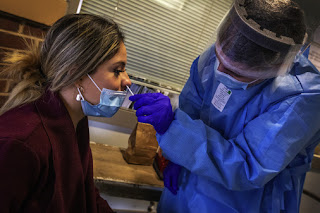 Human activities are driving lots of species towards extinction. Many experts now recognise this as the beginning of the sixth mass extinction.

In my latest feature I discuss the evidence for this claim: 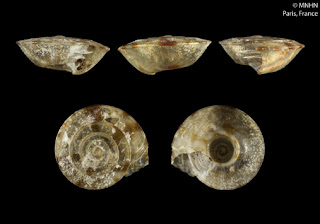 Mollusc shells such as these of extinct lamellar disc snails (Endodonta lamellosa) are useful as records of species that have become extinct within recent history. (Photo: Muséum national d’Histoire naturelle, accession number MNHN-IM-2000-22719 (CC BY 4.0).)

an uneven pair of bourrées

Time to try a new movement, although I've only managed to memorise half of the Courante from the fourth suite. Staying in the key of Eb (which I am beginning to enjoy now I've grasped the geography of those three flats), I am now tackling the very curious pair of bourrées of the fourth suite. They are both in the same key (while the paired dances in the other suites typically have the second dance departing from the key of the suite). And the second bourrée is dramatically shorter than the first, in a relation of 1:4 (12 bars to 48 bars). In his short book about the suites, Steven Isserlis mused whether Bach was having a bit of fun with the number 4 here - it is the fourth dance movement of the fourth suite after all, if we leave the prelude out of the count.

Anyhow, it looks manageable, doesn't have any chords in the longer bourrée, which is a bonus for me. As always I am starting with Inbal Segev's video (which is quite short this time).

Performance videos: There aren't many to choose from, but this version by Christine J. Lee works for me.

I seem to have run out of random snaps of the cello, so this recent selfie will have to do: 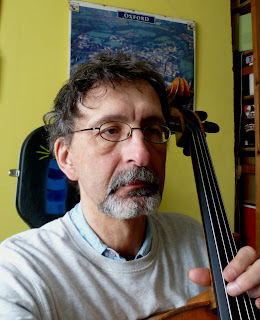 During Covid I discovered that I kind of like having a bicolour fur pattern around my chin. Once it's going all white, I may shave that off again.