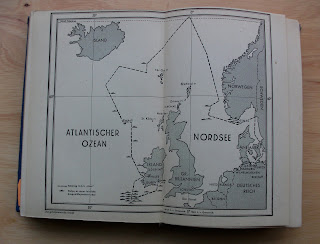 Here in Europe we have the plague so firmly associated with the Middle Ages that many are not aware that the disease's causative agent, the bacterium Yersinia pestis, is still going strong in natural reservoirs eg in the western parts of the US. At the moment we don't need to worry too much, as it can be easily treated with antibiotics, but what if it develops multidrug resistance? Or if some unsavoury characters develop it as bioweapon complete with drug resistance?

Reason enough to worry a bit and to look at the trail of destruction that Yersinia has left in the past as well as its current presence and future risks. All this cheerful stuff appears in my latest feature which is out now: 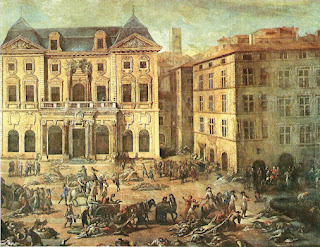 The city of Marseille suffered the last major outbreak of the second plague pandemic in Europe in spite of sophisticated quarantine procedures. After heavy casualties, the epidemic was confined to this area and died down there. This contemporary engraving is by the artist Michel Serre (1658–1733), who distinguished himself in the city’s response to the disaster. (Photo: Robert Valette/Wikipedia.)

People in Norway are kept very busy cleaning marine litter off their famously fractal coastline. Bo Eide, who was involved with my first feature on the issue, has just told me that they have made another video, Ren Kyst II. Like the first one, it's a very neat clip on a very messy subject:

See also my more recent feature focusing on microplastics, from February 2015, so it must be freely accessible now.

Plants don't have a brain, so any claims that they can conduct cognitive processes are bound to be controversial, as they challenge our views of cognition. And yet, over the last few years, evidence has accumulated showing that plants can communicate, remember, count ... This still doesn't mean that they understand when we talk to them, but at least one should keep an open mind to be able to discover cognitive processes that may look very different from the ones in animals but ultimately serve the same functions.

I've rounded up some examples of plant cognition in my latest feature which is out today: 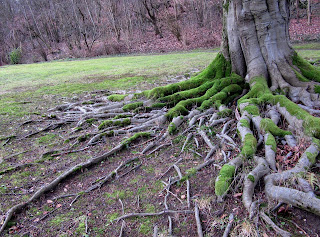 The root space of plants is a highly complex and insufficiently understood system described as the rhizosphere. It enables communication both among plants and between plants and other species. (Photo: N. H. Groß)