Where do we go now? (Et maintenant on va ou?)

I am getting increasingly paranoid about films that I would like to see but which aren’t shown in cinemas around here. So when I found out that Nadine Labaki, whose first film Caramel (2007) I had enjoyed very much when it came out, had a new film out, but it wasn’t showing up at our local independent cinema, I poked them via twitter and was told they’d show it “off-date.” Which they really did, a few weeks later, in a grand total of four showings. So having stuck my neck out, I really had to go and see it, and make some appreciative noises about it.

It’s received very little attention around here and I read a lukewarm review from Germany, but I really liked the film. The very obvious formula is, of course, to concoct fairy-tale solutions to real-world problems. A bit like in Chocolat, just that it’s set in Lebanon, and comically remote villages in Lebanon have a different set of problems from comically remote villages in France profonde. For instance, instead of one religion we have two. And instead of river pirates (or whatever Johnny Depp was playing in that film) we have Ukrainian burlesque dancers (though they are already part of the solution, not of the problem).

Anyhow, the peace of the village is severely threatened, and you won’t be surprised to hear that the crafty women of the village manage to save it, though their tricks and twists weren’t quite as predictable as you may think. The film has gorgeous images (some might say too beautiful, but it works for me), including some landscapes at dusk that really need a big screen to work. Altogether it’s a feelgood fairytale that isn’t going to solve the problems of the Middle East, but who or what is going to solve them? 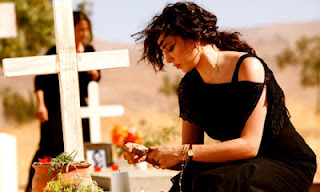 PS Mark Kermode's review in the Observer is quite enthusiastic as well, though very short. I'm wondering if the fact that the dialogue is in Arabic makes a difference compared to European movies, in terms of explaining the poor showing and uptake (I was in an audience of 3). It would be surprising as most people here would have to read the subtitles even for the French and Spanish movies as well, but maybe these languages have a viable support group of speakers and fans here, while Arabic hasn't?

The way the carbon dioxide concentrations in the atmosphere are developing right now suggests that we may be heading back to those warmer days, and man-made climate change is happening faster than any previous geological climate change.

How are ecosystems in the Arctic and Antarctic responding to the loss of polar ice that is happening already? And which of their responses may lead to dangerous positive feedback loops? I've looked into these problems for my latest feature which is out in Current Biology today: 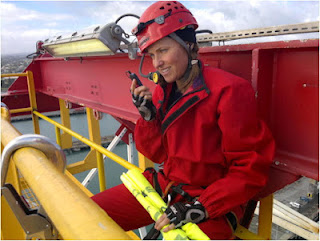 Actress Lucy Lawless (Xena the warrior princess) took part in the Greenpeace campaign "Save the Arctic" (see this lovely interview in the Guardian. Maybe the scariest feedback loop of them all: that the disappearance of the Arctic ice will give us access to more fossil fuels to burn ...

I’ve been quite busy over the last 12 months partly due to having two books to prepare in parallel, both to be published in German later this year. One is a collection of new(ish) nanoworld pieces, called Von Geckos, Garn und Goldwasser: Die Nanowelt lässt grüßen, due out in September.

The second, of which I’ve just finished processing the page proofs, is a German translation of Astrobiology: a brief introduction (based on the 2nd English edition which came out last year). This should be out in December, and you can already pre-order it on amazon.de and amazon.co.uk. And it will look like this: 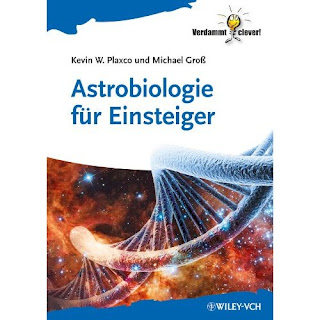 And I just had a brilliant idea for a new project, so I’m off to write a new proposal …

PS: Astrobiologie für Einsteiger is one of the first two titles in a new series of short textbooks. The other one is: Chemie für Einsteiger und Durchsteiger by Thomas Wurm, out on the same day.

My feature on biodiversity in Turkey came out last week while I was away:

Turkey's biodiversity at the crossroads

Read the story in HTML and PDF format. (NB: my features remain on free access only until the next issue appears, i.e. normally 2 weeks, sometimes 3, and they return to free access a year after publication)

Note that the captions of the second and the third region contain an error - the area where the photos were taken is called the Kars region (not Kagas). The region is correctly identified in the main text. 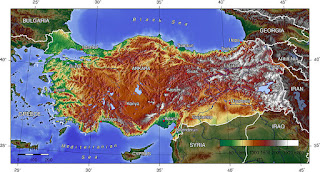 Map from Wikipedia - love this map a lot, as it shows immediately the reasons why Turkey has such interesting biodiversity ...

Ahead of the arrival of the Mars Science Laboratory aka Curiosity on Mars (scheduled for Aug 6th), I have prepared a feature summarising what kind of things the new rover will investigate there. The article is in the July issue of Chemistry & Industry and it even made the cover:

PS the same issue also contains my review of the book
Advanced Oil Crop Biorefineries (RSC Green Chemistry)
that one is premium content, but I have a PDF file ...