During my recent trip to Germany, I visited the spa town of Bad Nauheim, where my great-aunt and great-grandmother used to live, for the first time in nearly 30 years. My great-aunt, Esther Düsselmann, used to have a bed & breakfast which around 1973 looked like this: 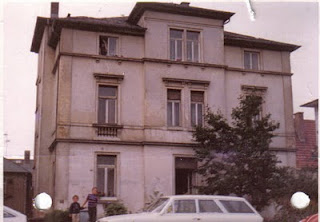 On my visit I was pleased to find out that the people who bought the house in the 1980s have renovated it very nicely and are still using it (as offices): 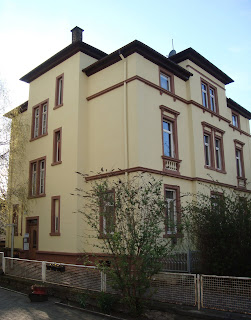 Only the garden looks as messy as ever, so I had to take the picture from the side, as the house is barely visible from the front.

Bad Nauheim is of course famous for the early 20th century spa buildings: 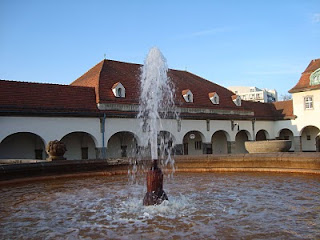 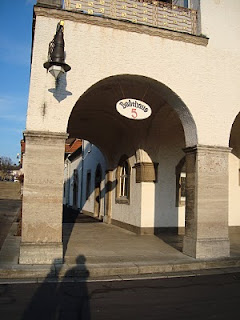 ... and for the fact that Elvis resided there during his military service in nearby Friedberg: 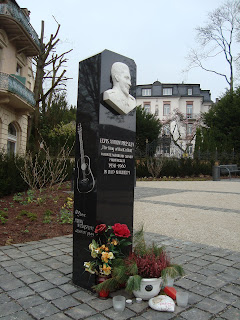 PS More about the Düsselmann family is to be found in this blog entry and in the links therein.
Posted by Michael at 10:12 AM