bumblebee biodiversity in the backyard

I've written quite a few pieces about colony losses in honey bees (Apis mellifera), but have to admit I didn't really know who's doing all the pollinating work in my own small garden. This weekend, after noticing one of the trees being visited by lots of insects, I took my camera and had a closer look. I think I have spotted four different species (not counting flies). All identifications below are tentative, so any helpful hints appreciated: 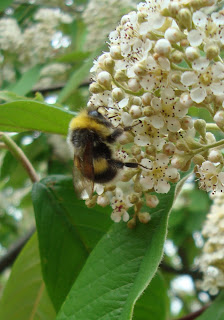 I think this could be a Bombus terrestris, or buff-tailed bumblebee ? 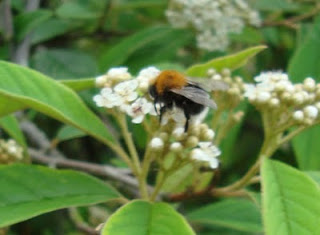 Love the orange neck-scarf on this one, think it might be Bombus hypnorum, which apparently only arrived in the UK in 2001 (according to Bumblebee Conservation Trust)? 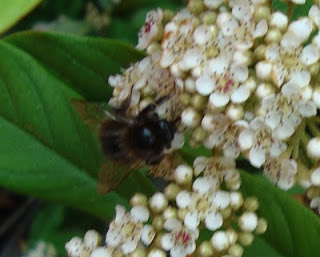 Don't recall seeing its rear end, but if it's reddish, it might be a red-tailed bumblebee (Bombus lapidarius) ? I've definitely seen one of those elsewhere in Oxford. 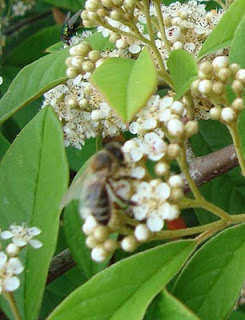 I think this one is an ordinary European honey bee Apis mellifera - we may be in reach of the colony housed in the Oxford University Museum.
Posted by Michael at 1:17 PM

All correct apart from the first (top) which is a male white-tailed bumblebee.

Thanks Ben! More (and better) bumblebee pictures to follow on Wed!