how alpha turns into beta

(plus breaking news on gamers predicting protein structures, below)

Ten years ago, I published a review on alpha helical proteins converting to beta sheet structure, which may happen, for instance, when proteins “misfold” to form amyloid fibrils similar to the ones observed in a range of diseases including Alzheimer’s (1). I had studied amyloid formation in peptides for a few years, and my main interest in the alpha/beta conversion was the fact that it violates a central dogma of molecular biology, namely that each polypeptide sequence defines only one stable native structure.

Zhao Qin and Markus Buehler at MIT have now published molecular dynamics simulations showing in detail how the conversion from alpha to beta may happen and how it changes the properties of the polypeptide chain in distinct phases (2). While I’m not really in a position to give expert judgment on MD work, I think the alpha to beta transition has become quite important in recent years, due to the wide range of medical conditions involving amyloid, but also based on interest from the material sciences, so I reckon it will be useful for the people still in the field to have these mechanistical insights into how proteins change shape.


I've used this picture before, but I just can't get enough of it: 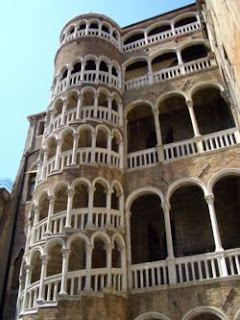 In other protein folding news, a paper out in tomorrow’s issue of Nature (p756) tackles the notorious “folding problem” , i.e. the fact that it is still hard to predict the 3D structure of an unknown protein from its linear amino acid sequence, by handing it out to volunteer gamers. The combined efforts of tens of thousands of players of a multiplayer online game yielded a rich, new set of search strategies for the prediction of protein structures, the Nature press release says.
Seth Cooper and colleagues have developed a multiplayer online game called ’Foldit’, in which incorrectly folded protein structures are presented as puzzles. The players, many of whom do not have any formal scientific training, manipulate the protein structures to optimize the computed energy.

The researchers used ten puzzles, where the target protein structures were not publicly available, to test the players’ abilities: they found that players outperformed the ‘Rosetta’ structure prediction software on five of the puzzles. Many players worked collaboratively and — unlike computational approaches — they explored not only conformational space but also the space of possible search strategies.

The authors believe that further analysis of the strategies used by the top-ranked Foldit players could lead to improved automated algorithms for protein structure prediction and could facilitate research on related problems, such as protein design, that rely on computational algorithms.

my article in German about the FoldIt program, Spektrum der Wissenschaft 10/2010
Posted by Michael at 1:12 PM