Have received my copy of Sale el Sol yesterday and played it on closed loop for last 24 hours (OK, I did sleep a bit, too). With the volume up and the bass boost on, I'm expecting the neighbours to come knocking on the door any minute ... 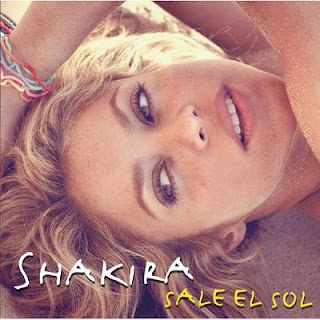 Am really puzzled now - is it me or is this album a million miles better than the English language She Wolf album? It may be that her recent attempts to adapt to the English speaking US market just don't work for me, or it might be that the songs she writes in Spanish are really better (and I mean musically more than linguistically). And to me the gap is much bigger than between the two Oral fixation albums (OF 2 had some really interesting tracks that should have been singles, such as How do you do, and Timor).

Any opinions from fans or others ?

PPS Sony UK is being completely hopeless again. While the CD was available in Germany at the end of last week and in the rest of the world at the beginning of this week, the UK release date is end of November. I ordered mine from Germany, but amazon uk now also has some used copies.
Posted by Michael at 10:52 AM