cats around the world

Tigers have become an icon of wildlife conservation - there are already many more of them living in captivity than in the wild, and there is a real risk that they may disappear from the wild altogether.

They are not the only big cats in difficulties though. Around the world, on the five continents where felidae became top predators, most of the over 30 existing species are threatened, as I explore in my most recent feature, which is out in Current Biology today:

Here's one feline species that's not threatened and found lots of new habitats in recent times: 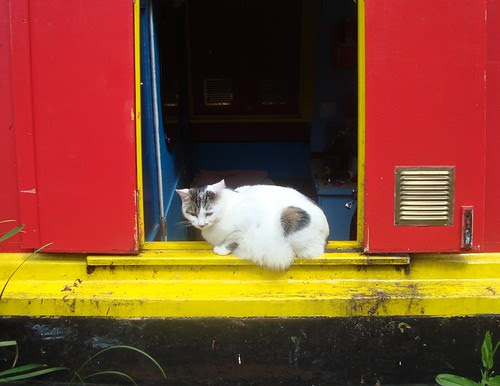