With this album, I had a very weird experience of finding treasure that was very well hidden. I have fond memories of tt’s first album and the single Twist in my sobriety, which was a huge hit in the 80s, but have somehow managed to miss everything she released after that. So when I heard she had a new album coming out this year I started to investigate.

First I watched the official first video from the album, “dust on my shoes” and thought it was a bit too happy-clappy and too smooth for my tastes. Still, I checked audio clips of some other tracks of the album on amazon, and liked those better, so made a note of the release date. In the week it was released I was in a record shop, but the record that wasn’t there was Tanita’s. I ended up ordering it a few weeks later.

It comes with two disks, the proper new album and a bonus CD. I listened to the new material a few times, it was ok, I still like her voice and the kind of sounds she makes in general, some of the arrangements are interesting. But somehow it didn’t grab me. I might have given it 3 stars out of 5.

When I got bored with it, I looked at the other CD, which according to the track list contained old songs from her previous albums. I assumed the record company had just thrown in some old recordings for the benefit of the younger audience who don’t know the back catalogue. I played the CD without paying much attention, I recognised Valentine Heart, which is on her debut album, and still didn’t pay much attention.

When the CD came to Twist in my sobriety, around the middle, it finally struck me. This was not an old track. This was a completely new arrangement, with minimal instrumentation, of the old song. In this case, it was a guitar and a cello. And I found it spectacularly good, breathtaking. And the other songs on the bonus CD are similarly reworked, and similarly brilliant.

I like the first CD, and most of the songs I like a lot more than the one chosen for the first video, but the bonus really did grab me by the collar and didn’t let loose. Which is very ironic, as the whole idea of the album and the title track is not to go back to the past, and to me the most successful part of it is where she did go back to the past and reworked it. And this isn’t even explained on the album sleeve. The only thing that points to this being new recordings is the fact that the instrumentalists for each track are listed in the booklet (typically with one of the two instrumentalists being the singer herself). This is a very well camouflaged treasure indeed.

PS I would have normally added a rant about the stupidity of big record companies at this point (why didn't they release the reworked material as a separate Unplugged CD???), but the CD is from a German label I never heard of before, so I'll let them off the hook. 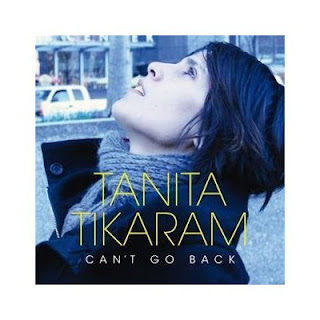