The April issue of Chemistry & Industry includes two book reviews from me, on page 40 a long one on

"This look back over four decades is bound to produce a quaint mixture of issues that have been fixed and are thus mainly of historic interest, such as the ozone hole and leaded fuel, and on the other hand issues in progress that should have been solved but haven’t, such as climate change and local pollution in the rapidly growing economies like China and India."

... and on the following page a short one on

"Simplifying the complex network of the physicists that shaped our current world view by focusing on a subset of two, this analysis shows that it is not just the individualities of each that shape the process, but also the interactions between them." 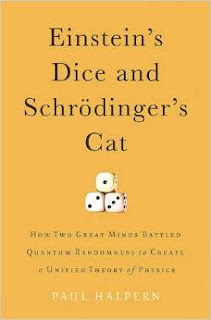