plight of the primates

We all know that orangutans are in trouble, and the other great apes are also having a rough time in the anthropocene. While these are our closest relatives in the animal kingdom, our extended family, the order primates, is endangered across the board, with over 60% of the species listed as threatened.

In a paper based on literature review and modelling of land use until the end of the century, researchers from the German Primate Centre (Deutsches Primatenzentrum, DPZ) highlight the plight of the primates and paint an even darker future for them.

Which chimes with the take-home message of my feature from a year ago, which is now on open access (and which happens to have the same title as the DPZ press release, but I admit it wasn't a terribly original title anyway): 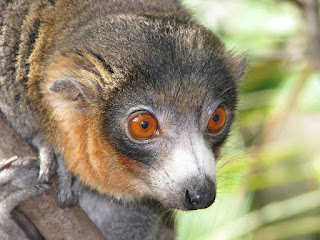