I have a soft spot for Neanderthals, so it's always nice to see new insight coming out into what they left us, not just in terms of bones and artifacts, but also in our genomes. With genetic discoveries in the UK Biobank and the recent discovery of the genome of Denny, the child of a Neanderthal and a Denisovan, there was now enough material for a feature on the encounters and minglings between the three groups of ancient humans that were out and about in Palaeolithic Eurasia. Still no news on why two of them became extinct. Maybe they were just climate change deniers ...


Oh, and in the process I also learned that there is now an entire book about the Neanderthal residents of the Sima de las Palomas cave, where firstborn and I spent a week helping Michael Walker's team with the excavations, many years ago: 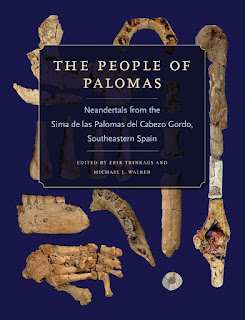