In the current issue of Nature, there is a three-page "opinion" section where the magazine asked 8 experts for a brief comment on Craig Venter's "artificial cell" feat. As the production of new life typically involves the female of our species more than the male, and as a large part of the Venter phenomenon is probably related to the influence of the hormone testosterone, I was expecting to find comments from women as well as men among the eight voices. Alas, the line-up of 8 experts contained exactly 8 blokes (that's 100% if I got my maths right).

As somebody who was an active member of Germany's Green Party back in the 1980s, when the party developed the "zipper" method of having candidate lists with alternating female and male candidates, I know that it isn't easy to find women willing to stick their neck out in a male-dominated environment. But if somebody comes up with a panel of 8 people who are all male, I know that they haven't tried hard enough. And if they have tried hard and there were still no female candidates, then maybe the whole idea wasn't such a good one in the first place.

And it's not that Nature is offending for the first time. A few years ago, they ran a series of one page profiles of researchers, under the title "lifelines", and if memory serves, the first eight of these were male. After the 5th male in a row, I complained to the most senior female member of Nature's editorial staff, and she said "we tried" - see my answers above.

A few months ago, they started a series of monthly opinion columns ("worldview"), needless to say that both of the columnists claiming to represent the world are white middle-aged blokes, so similar I can hardly tell them apart.

And why do I care seeing I'm part of the group that's benefiting from this bias? I can think of several good reasons:

* as a subscriber of Nature (though not for much longer, I suspect) I am paying for the editorial parts (the research papers I would just look up in the library if I needed them), and I am paying to find out things that I don't know already. Being a middle-aged, scientifically-minded bloke myself, I think I have an idea of how this kind of brain works, and it is very rare that one of the men that tend to write Nature's opinion columns actually manages to surprise or impress me. If I'm paying to get a piece of people's minds, I want diversity of minds, not all the same.

* As a father of girls, I would of course have hoped that equal opportunities would move forward since the 1980s, but looking at Nature (or the Royal Society, or the new UK cabinet), it seem we're moving backwards.

* A third reason is already mentioned in the opening paragraph -- seeing that reproduction requires a female but may soon no longer require a male, it is shocking to what extent the whole field of bioethics is dominated by males. 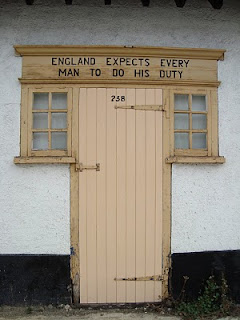