the new Avril Lavigne CD, Goodbye Lullaby, landed on my doormat today, although it's only officially out on Monday. Cooked up a quick review hoping to get in one of the first at amazon.co.uk, but they haven't put in the button for customer reviews yet. So, never mind, here goes:


As somebody who has followed Avril’s career from the beginning, loving the kind of sound she produces without being blind to her limitations, I was a bit worried how this fourth studio album might turn out. Having spent a day playing it on closed loop, I’m now reassured that it’s quite ok.

With the trademark mixture of broken-voiced vulnerability and shouty assertiveness, the album resembles the first two ones more than the silliness of best damn thing, which I think is a good thing. Conversely, if you didn’t like her early work, you probably won’t like this either.

There are three songs co-written and overproduced by Max Martin and Shellback, which are the ones I like least. On a fourth track, MM and Shellback had a go at a more acoustic style, which isn’t quite as bad. One of the four MM tracks, What the hell, has already been released as a single, and I fear the other three will follow.

But by far the best damn thing about this album are the songs that Avril wrote on her own or with guitarist Evan Taubenfeld, including Everybody hurts, 4 real, Darlin, and the two “lullabies” framing the album. I’m hoping we’ll get to hear more of this Avril on the rocks in the future. 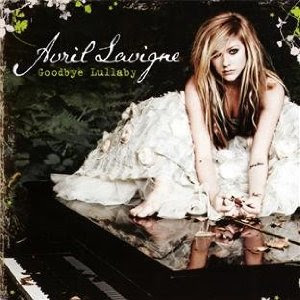 amazon.co.uk
Posted by Michael at 9:00 AM