one hundred strokes of the brush

Based on the book “One hundred strokes of the brush before bed” by Melissa Panarello (which I haven’t read), this Italian / Spanish production describes the descent of a young girl into a series of increasingly unwise sexual encounters. It is far less explicit than the UK’s 18 certificate might suggest (unless nipples on display are nowadays sufficient reason to slap the red badge on), and it is far better than any of the comments I have read would give it credit for.

As parents we do need to be aware that for vulnerable girls, who may be low on self-esteem, there are very real dangers arising from their sexuality and from its ruthless exploitation by men of all ages. The recent phenomenon of the “loverboys” in the Netherlands, who coax schoolgirls into prostitution, shows that this is not as rare as we might have hoped.

The film handles this difficult subject tactfully. For instance, the nudity is only on display when Melissa is ensconced in the comfort of her home, either alone in her room, or in the bathroom with her beloved grandmother (whose nipples are also revealed in an old photograph – maybe that pushed the censors over the edge?). On the other hand, the more dangerous her encounters with men become, the less we get to see of them, and the more is left to the viewer’s imagination.

The film only makes limited use of language – as I understood most of the Italian without ever having learned that language, it can’t have involved any sophisticated phrases. I‘m guessing this may be on purpose, as the body and visual languages are more important to the protagonists and the movie, and lead actress Maria Velverde can express herself very eloquently without saying a word.

On the visual side, I loved the locations chosen with a great sense of place and visual effect, such as the descent into the improbably cavernous historic basement which ends up being a descent in more than one way.

Here’s another film condemned to the trash bin by people who can’t see past a bare chest, and that’s a shame. 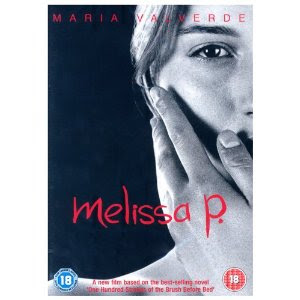 PS From the same director comes the more recent I am love, one of the few continental films that have managed to cross the English Channel recently (UK release April 2010).
Posted by Michael at 2:42 PM