In my latest feature in Current Biology I've explored the ethical quandaries around animals being held captive in zoos and aquariums. Starting from a binary of the animal ark vs animal prison kind, I discovered that there is a third dimension to it as zoos are increasingly also using their expertise to help animal conservation in situ, i.e. in the natural habitat where they belong.

Can zoos offer more than entertainment? 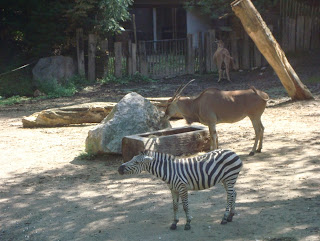