I heard last week that the ability of bacteria to form pili that act as electrical wires is not limited to the species of geobacter in which it was first discovered (press release here).

This reminded me of a different kind of bacterial electricity which I described in a feature back in 2012, which is now freely accessible: 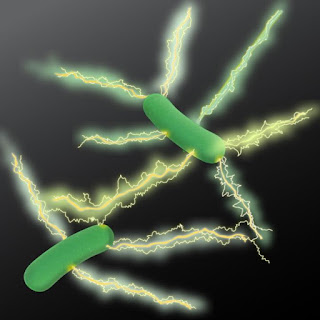