back to Basque roots

Three years after Ma ma, Julio Medem has a new film out (in Spain), so I am building up excitement. From the trailer and the reviews in the Spanish press it looks like a welcome return to the cryptic complexity of his early films based in the Basque country, such a Vacas and Tierra, which I haven't really understood to this day ...

It's called El árbol de la sangre (The tree of blood), and here is what I could find about it:

A compendium of his themes and obsessions, says Manuel Lombardo in the Diario de Sevilla. 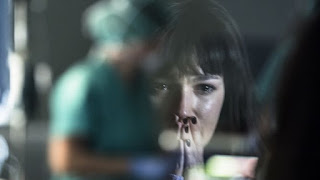 My guess is that it will not be shown in UK cinemas, but watch this space!