Alice Day in Oxford is normally celebrated with an events programme that not only includes entertainment for kids but also some thoughtful lectures for adults which I usually attend. Although the topics may sometimes look eclectic on paper, I’ve always learned something interesting.

This year, one of the presentations was by Vanessa Tait, who has the USP of being Alice Liddell’s only great-granddaughter – being the only daughter of her only grandchild. So the whole Carrollian heritage came down heavy on her, and she made light of it by writing it up as a novel informed by the unique insights gained from family tradition and the memorabilia inherited by her mother but eventually sold at auction.

This was all so intriguing that I bought her book on the spot – I was also a bit embarrassed that I missed the memo when it was published. It did not disappoint. Mixing the well-documented information about the historic characters (Alice, her parents, her governess, Lewis Carroll, Queen Victoria and her sons) with a few invented ones to provide colour and plot, she does paint a convincing tableau of how the events that led to the telling of the Alice stories on that famous boat trip may have unfolded.

While I personally wouldn’t go as far as inventing dialogues to put into my dead ancestors’ mouths, I fully understand that this is a reasonable thing to do here, as the factual backbone has been established by a legion of researchers and every single stone has been turned over by committed fans. To add anything new to that, I suppose you have to rely on well-informed invention. The author does add a helpful afterword to help readers with the separation of facts and fiction.

I was particularly intrigued by the reminder that Lewis Carroll’s main interest in these contacts was that of a pioneering photographer. He told the children stories in order to get them in a better mood for posing for his photos. And of course it’s fun to catch the atmosphere of Victorian Oxford with places like Christ Church and the department store Elliston and Cavell taken over by Debenhams a century later. In some ways one could say it hasn’t changed a bit, and culturally speaking, Alice still is very much alive around here. 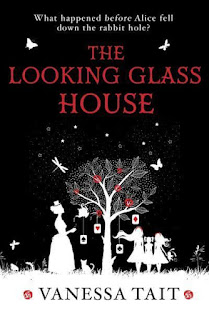 PS Just one tiny little moan: I am fairly sure the Victorians didn't know the horribly agrammatical phrasing "just because ... doesn't mean", which occurs at least twice in the book, including once as allegedly spoken by one of the characters. I believe I haven't heard this before the year 2000. Am I wrong?

NB I am tagging this "memoir" although it isn't one, because it demonstrates one of the options we have in processing family history, so it helps me thinking even if novelisation is not a path I'm likely to take.