Peter and the Wolff

My Krefeld Clan is very well documented, but the prehistory of the families before they arrived at the booming silk-weaving town of Krefeld is quickly lost in obscurity. The earliest date we have from Krefeld is the marriage of Christophel Wilsberg from Hamm and Anna Sybille Wolff from Mülheim on Aug 5, 1764. Wilsberg is also a place name in the district of Neuwied, where the name is still common today, so no worries there. But Wolff is a name too widespread to be useful, and the trace goes cold with Anna Sybille’s grandfather Peter Wolf (as in the children’s opera).

Now I had a chat with somebody who also has Wolff ancestry elsewhere in Germany and afterwards I felt inspired to google the details of my Wolffs again, and got lucky. In a very detailed family history of the Vorster family of paper mill owners, I found the origin of my Wolff lineage.

It turns out Peter Wolf’s father was called Hermann Hofstadt, the second son of a farmer from Unna. In 1652, he bought the Wolffskotten farm at Styrum (today divided between Mülheim and Oberhausen), and was known as Wolff ever since. Although some descendants may have reverted to the Hofstadt name, I do get search results for Hofstadt people born in Styrum. Sadly the Wolffskotten farm seems to have disappeared, the only search results I get are to the Vorster family source.

After turning into a Wolff, Hermann married Trine von der neuen Mühle (I suspect that is a description rather than a proper family name, it just says, from the new mill, and as the name of the town Mülheim suggests, there must have been plenty of mills around). Their son Peter married Elsgen, about whom I knew nothing but the first name before, but the Vorster chronicles reveal an interesting story.

Adolf Vorster, the first of the clan to arrive at Mülheim from Olpe (Sauerland) where the reformed protestants from the Netherlands had found refuge a few generations earlier, was widowed twice. After his second wife died, he took on a maid, Catharina aus dem Bieg, to help with the kids and the household, but ended up marrying her as well. He died after only ten months of marriage, but Catharina gave birth to their child Elsgen after he died. The Vorster clan rejected Catharina and Elsgen though and they went back to Catharina’s home farm, the Biegerhof (a medieval site today part of Duisburg). By 1680, Catharina found a second husband, Thiel Weinhaus, and had another child. Elsgen got to marry Peter Wolff. 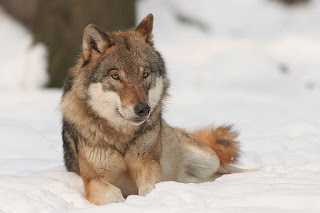 PSA Now introducing the tag #düsselmann for the ancestry (and extended family) of my great-grandfather Julius Düsselmann from Krefeld. I'm doing this rather belatedly, so there are now a lucky 13 entries with the new tag. Julius's maternal family is the Imig clan from Simmern.