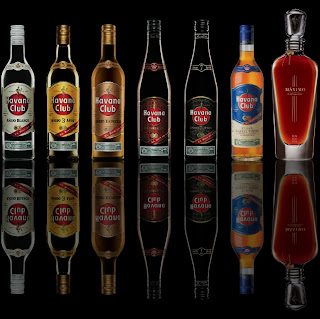 As summer has finally arrived even in England, I will mix a nice little Cuba Libre later this evening.

Which reminds me that Cuban rum, Havana Club is among the very few commercial products imported from Cuba that you can find easily in the UK. Oh, and it's a very good rum too. (Don't be fooled by the brand with the bat in the logo -- that company was based in Cuba before the revolution and is now operating elsewhere. I have heard allegations that they funded a few of the 500 or so assassination attempts against Fidel Castro.)

More about the real Cuban rum is here.
Posted by Michael at 8:39 PM