Catastrophic events carry forests of trees thousands of miles to a burial at sea
While studying sediments in the Bay of Bengal, an international team finds evidence dating back millions of years that catastrophic events likely toppled fresh trees from their mountain homes on a long journey to the deep sea. The discovery may add to models of the Earth's carbon cycle.

Northern peatlands may contain twice as much carbon as previously thought

Butterflies and plants evolved in sync, but moth 'ears' predated bats
A new study cross-examines classic hypotheses about the coevolution of butterflies with flowering plants and moths with bats, their key predators. The findings show flowering plants did drive much of these insects' diversity, but in a surprise twist, multiple moth lineages evolved 'ears' millions of years before the existence of bats, previously credited with triggering moths' development of hearing organs. 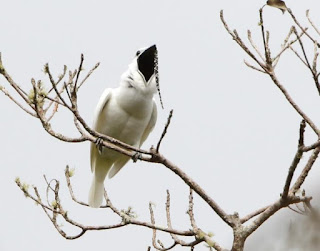 Humpback whale population on the rise after near miss with extinction
A new study finds that the western South Atlantic humpback population has grown to 25,000 whales. Researchers believe this new estimate is now close to pre-whaling numbers.

The secret of classic Belgian beers? Medieval super yeasts!
plus a different take on the same paper in Nature Ecol. Evol.:
Deepest look yet at brewer's yeasts reveals the diversity harnessed by humans

The brain's favorite type of music
People prefer songs with only a moderate amount of uncertainty and unpredictability, according to research recently published in JNeurosci.

How the brain dials up the volume to hear someone in a crowd
Our brains have a remarkable ability to pick out one voice from among many. Now, a team of Columbia University neuroengineers has uncovered the steps that take place in the brain to make this feat possible. Today's discovery helps to solve a long-standing scientific question as to how the brain's listening center can decode and amplify one voice over others. It also stands to spur development of hearing-aid technologies and brain-computer interfaces that more closely resemble the brain.

The rat-eating macaques mentioned above also feature in the Guardian today.