A year ago I learned about very early (Permian) plants and the theory saying that the tropics may have acted as a cradle of evolution, spreading biodiversity to higher latitudes.

The details are already lost in the mist of time, so I really should do some more palaeobotany some time soon.

Last year's feature is in the open archives now:


Finding the cradles of evolution 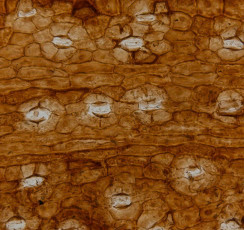